Saint March 20 : St. Jozef Bilczewski : Archbishop of Lviv of Poland who Tried Protect All Without Distinctions of Race or Religion 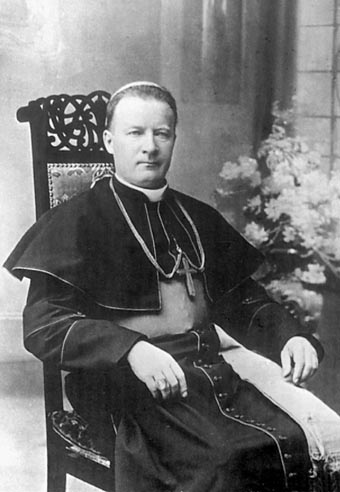 Jozef Bilczewski (Latin-rite) was born into a peasant family in Wilamowice on 26 April 1860. He was eldest of nine. In August 1880 he entered the Seminary of Kraków and was ordained a priest on 6 July 1884. He then moved to Vienna to continue his studies and earned a doctorate in theology. In Rome and Paris he specialized in dogmatic theology and in Christian archaeology. In 1891 he became a professor at the University of Lviv. He was appointed Archbishop of Lviv for Latins on 18 December 1900. In his episcopal mission he had to face difficulties due to internal problems and the conflicts of the First World War. He often intervened with the civil authorities on behalf of Poles, Ukrainians and Jews. The Polish-Ukrainian War (1918-19) brought a new wave of violence to the people and many priests were killed or put in prison. Then the Bolshevik invasion (1919-20) was unleashed with all its fury against the Catholic Church. He stood firm to protect one and all without distinctions of race or religion. From 1918-21 his Archdiocese lost about 120 priests. Seriously ill, he accepted sickness calmly and courageously. He died on 20 March 1923 in Lviv. Source: Vatican.va