Pope Francis Sends Telegram of Condolences to Queen Elizabeth II “Saddened to learn of the death of your husband Prince Philip, Duke of Edinburgh..." 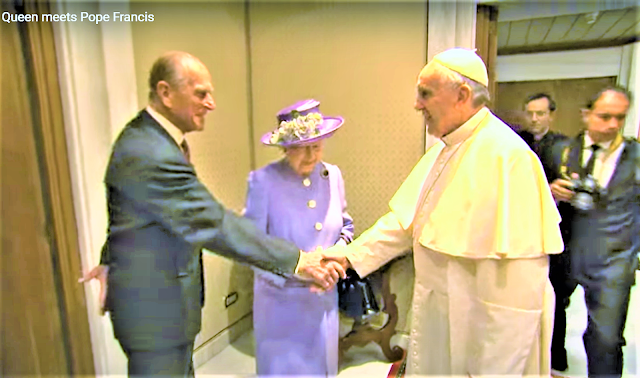 Prince Philip, husband of Queen Elizabeth II, of the United Kingdom, died on Friday, April 9, 2021, at the age of 99.   He was born into the Greek and Danish royal families.  Prince Philip married Princess Elizabeth in 1947. She was crowned the British Queen in 1953. Prince Philip was the longest-serving consort in British history. He retired from public engagements in 2017 after carrying out more than 20,000 of them. Prince Philip met 5 Popes, Pius XII, John XXIII, John Paul II, Benedict XVI, and Francis

“Saddened to learn of the death of your husband Prince Philip, Duke of Edinburgh, His Holiness Pope Francis offers heartfelt condolences to Your Majesty and the members of the royal family,” Vatican Secretary of State, Cardinal Pietro Parolin wrote in a telegram addressed to Queen Elizabeth. “Recalling Prince Philip’s devotion to his marriage and family, his distinguished record of public service and his commitment to the education and advancement of future generations, His Holiness commends him to the merciful love of Christ our redeemer,” the Cardinal wrote.  “Upon you and upon all who grieve his loss in the sure hope of the resurrection, the Holy Father invokes the Lord’s blessings of consolation and peace,” he concluded.