Saint May 9 : St. Pachomius a Bishop who Founded Communal Monasticism and Died in 348 AD 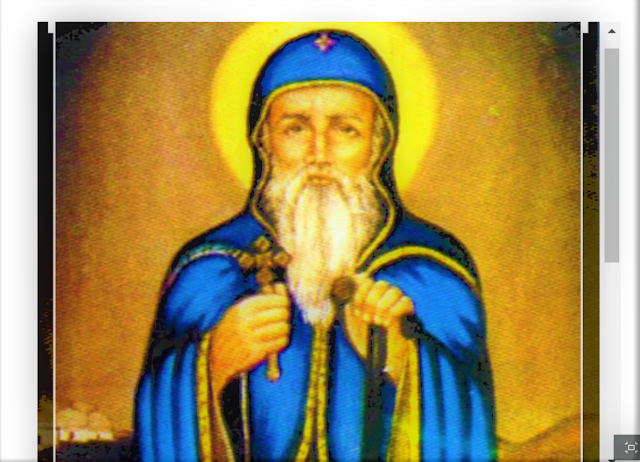 Born:
292, Thebes, Egypt
Died:
9 May 348, Egypt
Though St. Antony be justly esteemed the institutor of the cenobitic life, or that of religious persons living in community under a certain rule, St. Pachomius was the first who drew up a monastic rule in writing. He was born in Upper Thebais about the year 292, of idolatrous parents, and was educated in their blind superstition, and in the study of the Egyptian sciences. From his infancy, he was meek and modest, and had an aversion to the profane ceremonies used by the infidels in the worship of their idols. Being about twenty years of age, he was pressed into the emperor's troops, probably the tyrant Maximinus, who was master of Egypt from the year 310; and in 312 made great levies to carry on a war against Licinius and Constantine. He was, with several other recruits, put on board a vessel that was falling down the river. They arrived in the evening at Thebes, or Diospolis, the capital of Thebais, a city in which dwelt many Christians. Those true disciples of Christ sought every  opportunity of relieving and comforting all that were in distress, and were moved with compassion towards the recruits, who were kept close confined, and very ill-treated. The Christians of this city showed them the same tenderness as if they had been their own children; took all possible care of them, and supplied them liberally with money and necessaries.