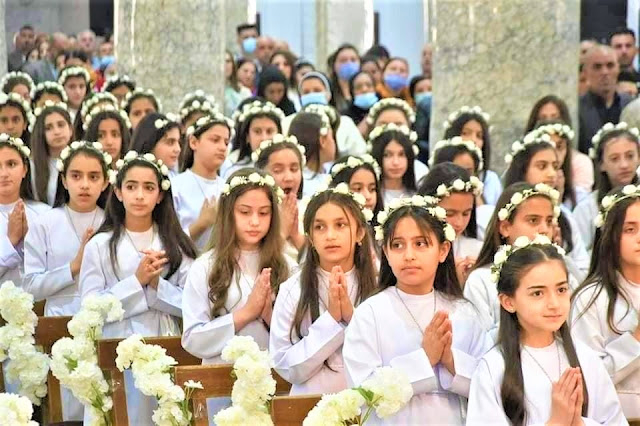 These beautiful images are from St. John the Baptist Church, Qaraqosh-Nineveh plains, in Iraq, which was heavily attacked by Islamic State militants a few years ago. 121 Children received their first Holy Communion on May 2, 2021. In each picture, we can see the joy of being able to receive Jesus in Holy Communion. 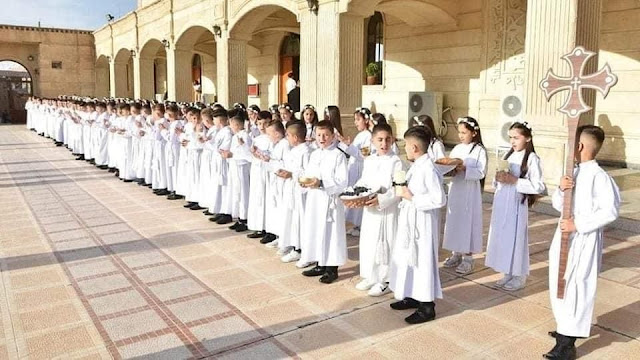 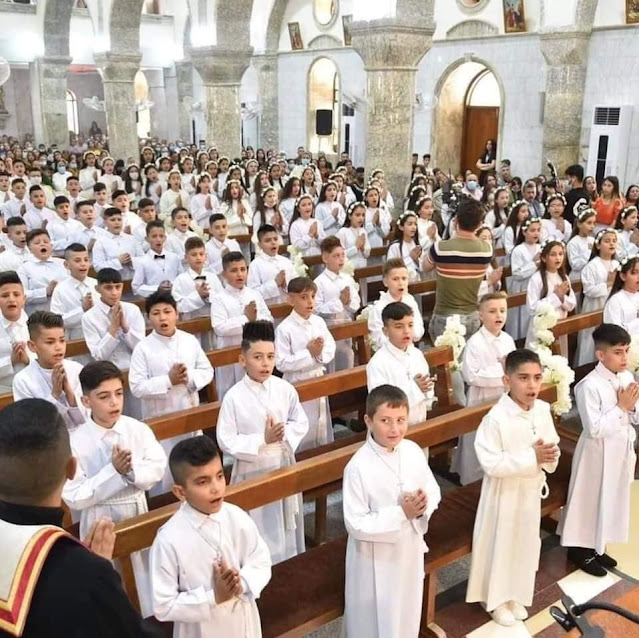 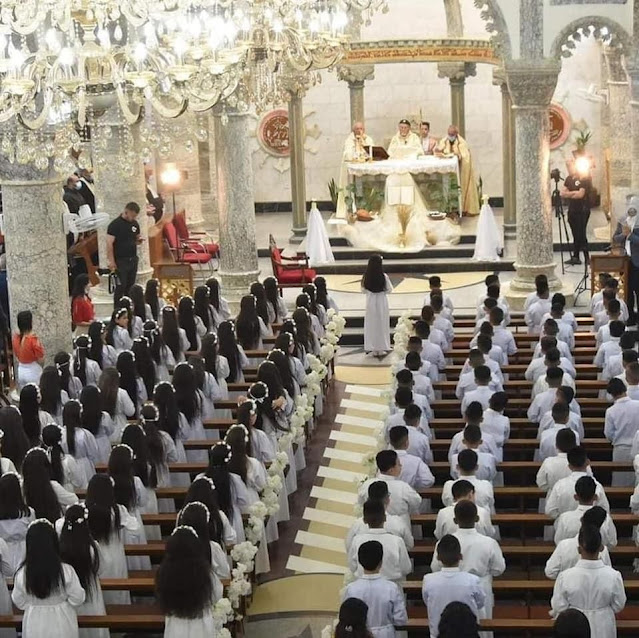 This is the video of the Mass (first holy communion).
On Aug. 6-7, 2014, ISIS militants stormed Qaraqosh, expelling the town’s 45,000 Christians, removing crosses, burning ancient manuscripts and desecrating its precious religious artifacts, including the Church of the Immaculate Conception, which was turned into a firing range. Since the invasion in 2003, the Christian population of Iraq had fallen from around 1.5 million to around 350,000-450,000 in 2014. Pope Francis' visit to Iraq brought a new springtime of hope to the community.
Pictures sent to Catholic News World by :
ALVERA TOHI, 24 years old, from Tell Uskof - Nineveh - Iraq . I have been living in Lebanon since 2015, when my family and I fled death after ISIS occupied Mosul and the Nineveh Plain. In Lebanon, for four years, I have worked in the administration of the Angels of Peace School for Iraqi refugees, which is funded by CNEWA and MISEREOR, as well as I'm the  partner (volunteer) of the two organizations Help Iraq and Iraqi Christian relief council, they help Iraqi Christians refugee in Lebanon in the field of medicine, food, and serious illnesses. I also worked as a volunteer to teach the Syriac language to children. I'm a painter and I participate in many exhibitions and donate all imports for refugee children and poor families (limited income).. one of my goals is to make the voice of Iraqi Christian refugees reach the world. To hear their screams, and what do they want? They wait for many years for these people in Lebanon, Turkey and Jordan, waiting for countries to receive them (Canada - Australia - the United States)