Happy Hanukah! 5 Points to SHARE about the Jewish Festival of Lights Links to Catholicism - VIDEO 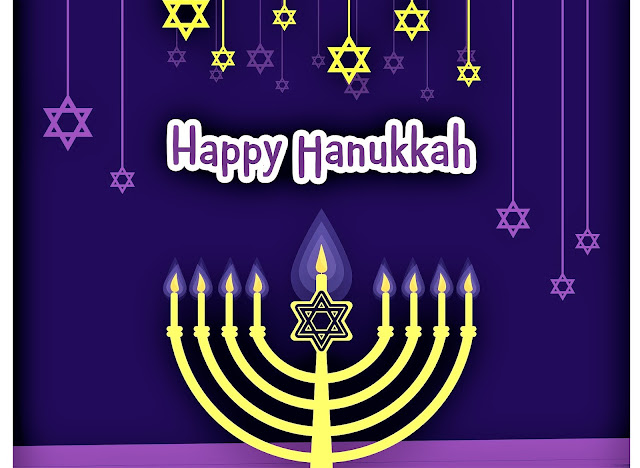 November 28, 2021 begins the celebration of Hanukkah. It lasts until December 6th and is celebrated by Jews but also many Christians. Here are 5 points to share about Hanukkah: (Also SEE Video below for more)
1. Jesus celebrated Hanukkah or Chanukah (John 10:22) “It was the feast of the Dedication at Jerusalem; it was winter, and Jesus was walking in the temple, in the portico of Solomon.” Hanukkah was known as the Festival of Lights, it was known as the Feast of Dedication (1 Macc. 4:59)
2. Hanukkah is based on the Jewish story from 1 Maccabees
3. It is a Jewish festival remembering the recovery of Jerusalem and following rededication of the Second Temple at the beginning of the Maccabean revolt against the Seleucid Empire in the 2nd century BC.
4. Hanukkah is celebrated for eight nights and days, beginning on the 25th day of Kislev according to the Hebrew calendar, which may occur at any time from late November to late December. The word "Hanukkah" derives from the Hebrew verb "חנך‎", meaning "to dedicate."
5. Hanukkah is observed by lighting the candles of a candelabrum with nine sections, known as a menorah or hanukkiah. One section is typically placed above or below the others and its candle is used to light the other eight candles. This singular candle is called the shamash (Hebrew: שַׁמָּשׁ‎, "attendant"). Every night, one additional candle is lit by the shamash until all eight candles are lit together on the final night of the festival.
Here are some traditional Recipes for Hanukkah from latkes to applesauce, jelly doughnuts and more recipes for all tastes. https://www.chabad.org/recipes/recipe_cdo/aid/454611/jewish/Chanukah-Recipes.htm
Watch this Video Explaining Rosh Hashanah and the Jewish Roots of Catholicism: