Saint November 13 : St. Stanislaus Kostka who Received Communion from Angels - a Jesuit and Patron of Students and Poland - #SJ 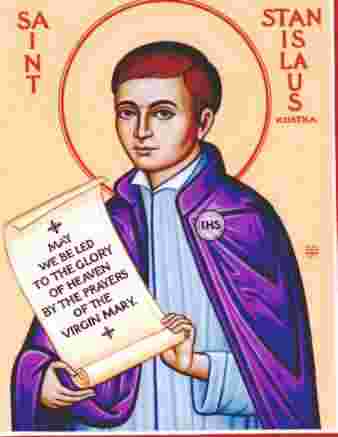