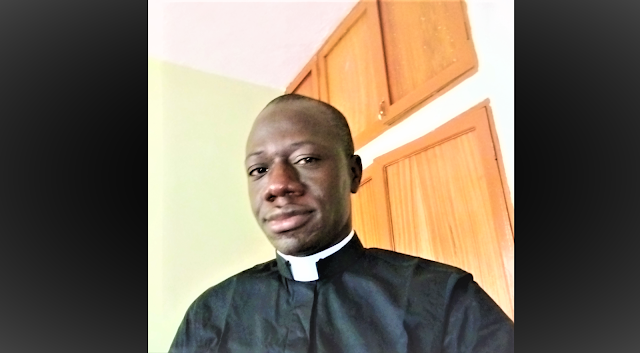 Aid to the Church in Need: KIDNAPPINGS ARE A HALLMARK OF TERRORIST ORGANIZATIONS in Nigeria, including Boko Haram and Islamic State-West Africa Province, and clergy are increasingly being targeted.

For more than a month in Spring 2021, Father Bako Francis Awesuh, 37, priest at St. John Paul II parish in Gadanaji, Kachia local government area, in Kaduna state, was held captive by Muslim Fulani herdsmen, who stand accused of deadly attacks on Christian farmers along Nigeria’s Middle Belt. Father Awesuh described his ordeal in a recent interview with Aid to the Church in Need.

“It happened May 16th, at exactly 11PM. I heard gunshots and I quickly turned off the television set. Turning off the light, I saw shadows and heard footsteps. I carefully opened the curtain to see what was going on. I saw five bulky Fulani herdsmen who were well-armed; I recognized them by their dress and by the way they spoke. I stood there confused, not knowing what to do, as I felt completely lost. There was a knock on the door. My legs went cold and my body stiff. I was sweating profusely.

“They kept on knocking, but, afraid, I refused to open the door. They broke down the door and forced themselves inside. One of the men pushed me to the floor, tied me up and flogged me mercilessly, saying ka ki ka bude mana kofa da tsori (‘you are getting tortured because you kept us standing outside for so long and refused to open the door when we were knocking’). They stripped me naked down to my shorts.

“Together with ten of my parishioners, we were kidnapped. We trekked for three days in the bush with no food or water, being fed only on mangos. We were hungry, tired, and weak and our legs hurt a lot and our feet were swollen as we trekked barefoot. There was rain on the second and third days, but we had to keep moving.

“On the third day, we arrived at a camp deep in the forest. In that camp, there was a small hut where they kept us. On arrival, we were served rice with oil and salt, like prisoners. That was our food routine throughout our stay in the bush. The women who were kidnapped along with me were doing the cooking. We spent one month and five days in the bush.

“We were not allowed to bathe throughout our captivity. We had to urinate and defecate in the hut. We were smelling like dead bodies and the hut smelled like a mortuary.

“We were tortured and threatened with death if a ransom of 50 million naira (about $120,000) was not paid. A call was made to our families to pay the ransom in exchange for our lives. Our families pleaded and negotiated with our kidnappers, until they finally accepted the sum of 7 million naira ($17,000).

“Meanwhile some of my parishioners had tried to rescue us from the kidnappers. Three people lost their lives in the process: Jeremiah Madaki, Everest Yero, our parish secretary, and an elderly man. They had tracked us down.

“Oh, what sorrow to have watched three of my parishioners shot dead in cold blood, right before my eyes—and I couldn’t do anything. It was very painful! At this point, I felt helpless, hopeless, useless, and restless! I urgently craved for death to take me, as the scene of the killings kept playing in my head. I couldn’t pray because of the shock I was in. Whenever I opened my mouth to pray, words failed me. All I could say was ‘Lord have mercy.’

“Finally, our families were able to pay the ransom, and, to the greater glory of God’s name, we were released and came out alive. I narrowly escaped death. I know of so many priests kidnapped before and after me who were killed even after a ransom was paid.

“Afterwards I was traumatized and underwent counselling; I also spent some time in hospital. Today, I am still in hiding, for security reasons, and to fully recover. The love I received and experienced from my family, friends and especially the Church, was enormous.

“Fulani attacks have become very common in Kaduna state. I am therefore calling on the international community to please come to our rescue.”