Bishop in Kerala, India Acquitted from Accusations by Nun who was the Former Superior of an Order 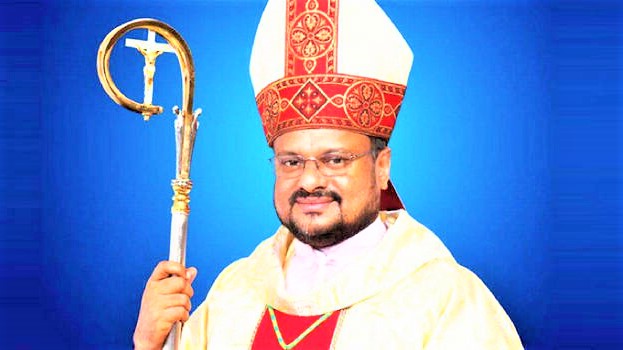 A Catholic Bishop from Kerala, India was arrested in 2018 following accusations by a nun, who was the former superior of the Missionaries of Jesus. The bishop of Jalandhar, who was put on leave of absence, always maintained his innocence. Only 39 witnesses out of 84 were called to testify in court.

Mgr Franco Mulakkal was in the courtroom at the time of the sentence and said “Praise the Lord” before leaving the court.

AsiaNews reports that the Additional Sessions Court in Kottayam (Kerala) today acquitted Mgr Franco Mulakkal from rape charges brought against him by the former superior general of the Missionary Sisters of Jesus.

The court called 39 witnesses out of 84 on the charge sheet to testify in the trial against the prelate, who was on leave of absence from his post as bishop of Jalandhar (Punjab).

Mgr Mulakkal was accused of taking advantage of his “dominant position” and raping the nun multiple times between 2014 and 2016 while she was visiting a convent in Kerala.

For his part, the bishop always maintained that the accusations against him were groundless and slanderous; he, in turn, accused the nun of trying to discredit him out of revenge, after he removed her from the top post in her congregation.

The case, which sowed great confusion among Indian Catholics, came to light in September 2018 when five Sisters issued a public statement demanding justice for the former superior general.

After his arrest, Bishop Mulakkal spent three weeks in jail before he was released on bail pending trial.

A day before the bishop’s arrest, the Holy See accepted the prelate's request to be relieved of his duties until the matter was settled, and appointed a diocesan administrator in his place.

Edited from Asia News IT