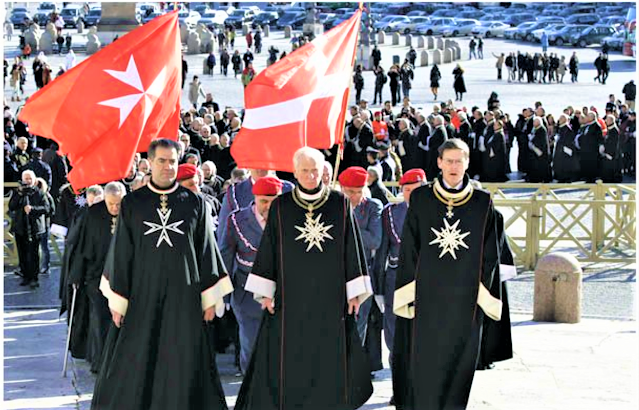 Letter of the Grand Chancellor on the Constitutional reform process.

Let me start by thanking all of you for your prayers during the last few weeks of turbulent and trying times, as we strived to preserve the foundations of our beloved Order. God has listened to our prayers. I am confident that we are now on the right path to achieve the goal of strengthening our institution through a Constitutional Charter and Code that reflect our history, traditions and characteristics, which are fundamental to the fulfilment of our mission.

Over the past week, heartened by the commitment of Marwan Sehnaoui and Peter Szabadhegy – whom I would like to publicly thank – we were able to open up and strengthen our communications at the highest levels of the Holy See, receiving important assurances from the Holy Father. The misunderstandings that prevailed between the working group of the Special Delegate H.Em. Cardinal Tomasi and representatives of the Order are now beginning to subside, especially after the last two days of joint discussion. In particular, we have received satisfactory assurances that there is no intention to infringe in any way upon the sovereignty and the right of self-governance of the Order of Malta and, as a result, certain articles in the proposed draft Constitution have been amended accordingly.

During the joint meetings, Mauro Bertero, Fra’ Alessandro de Franciscis and I had the opportunity to explain some of the basic issues of principle and peculiarities of our Order, and the need to rework the draft Constitution and Code submitted by the Special Delegate. A date for a new joint meeting was set for 22nd and 23rd of February.

Yesterday, Marwan met in private with H.Em. Cardinal Tomasi, and this provided for a most welcomed opportunity for them to have a clarification and reaffirm their mutual friendship and respect.

During the past week, we have been reminded of the Holy Father’s call for the Order’s spiritual renewal, and especially for that of our Professed members. In fact, there is a real urgency to achieve this so that the Order can attract new vocations, of current and prospective members of the Order who wish to live a consecrated life through the Order’s mission, Tuitio Fidei et Obsequium Pauperum.

I ask for your continued prayers over the coming days and weeks. I trust that the new atmosphere of collaboration and trust with the highest levels of the Holy See will assist us in finding the best solutions for addressing some of the challenges that the Order faces in a timely, collaborative and transparent manner. I am confident that, with your support, Marwan and Peter, as the appointed Chairman and Vice-Chairman of the Steering Committee for the Constitutional Reform of the Order, will be able to guide this process towards the successful outcome that we all wish for. It will be essential to provide the Delegates of the Order in the mixed Commission set up by the Special Delegate with the support they need to fulfill their task.

What is the Order of Malta:

The Sovereign Order of Malta is one of the oldest institutions of Western and Christian civilisation. A lay religious order of the Catholic Church since 1113 and a subject of international law, the Sovereign Order of Malta has diplomatic relations with over 100 states and the European Union, and permanent observer status at the United Nations. It is neutral, impartial and apolitical.

Today, the Order of Malta is active in 120 countries caring for people in need through its medical, social and humanitarian works. Day-to-day, its broad spectrum of social projects provides a constant support for forgotten or excluded members of society. It is especially involved in helping people living in the midst of armed conflicts and natural disasters by providing medical assistance, caring for refugees, and distributing medicines and basic equipment for survival. Across the world, the Order of Malta is dedicated to the preservation of human dignity and the care of all those in need, regardless of their origin or religion.

Founded in Jerusalem in the 11th century, the Order of Malta has a long history of service to the vulnerable and the sick. This 900-year history is reflected in its full name: Sovereign Military Hospitaller Order of St John of Jerusalem of Rhodes and of Malta. Since 1834 the Order of Malta’s government seat has been in Rome, where it is guaranteed extraterritorial rights.

The Order of Malta operates through 11 Priories, 48 national Associations, 133 diplomatic missions, 1 worldwide relief agency and 33 national volunteer corps, as well as numerous hospitals, medical centres and specialist foundations. It does not pursue any economic or political goal and does not depend on any other state or government.