#BreakingNews Catholic Priest Kidnapped with 4 others and his Security Guard is Killed - Please Pray for Fr. Joseph, the Kidnapped and the Repose of Luka Philip 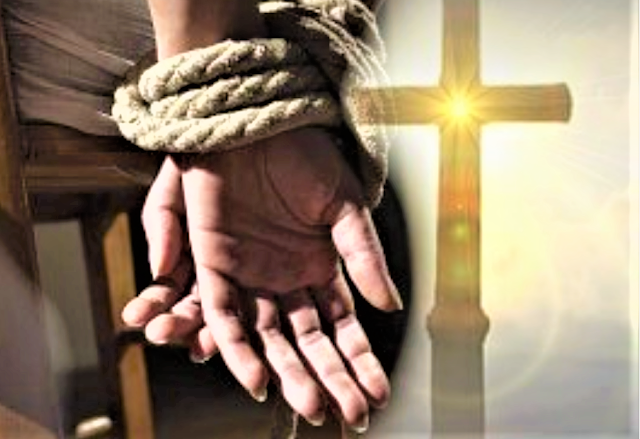 The Archdiocese of Kaduna released a statement on the kidnapping of Father Joseph Akete Bako. He is the parish priest of the Catholic Church of St. John, in Kudenda in Kaduna (South) State, Nigeria, Africa.
"We regret to officially confirm the abduction of one of our priests, Father Joseph Akete Bako, from his residence at St John's Church, Kudenda, at approximately 1:30 a.m. on the night of March 8. During the assault, security guard Luka Philip was killed, while four other people were abducted from nearby homes."
See 1:46 Mark on Video Below:
The Archdiocese said, "we call on all men and women of good will to continue to pray for the safe release of Fr. Joseph Akete Bako and the other innocent persons abducted with him; for the peaceful repose of Mr. Luka Philip, and for divine consolation upon his bereaved family." Fr. Anthony Dodo, told a local television station that armed men had burst into the parish house in the early hours of Tuesday, after shooting dead the security guard. (Sources: Archdiocese Kaduna FB Page and Agenzia Fides) 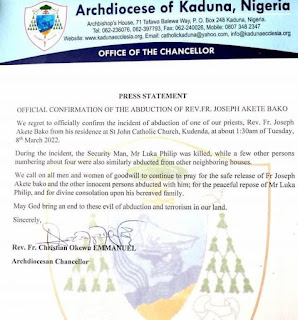