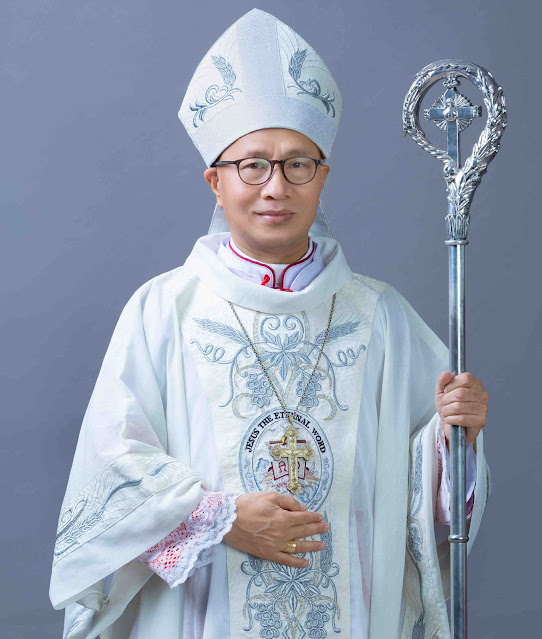 Myanmar soldiers raid Mandalay cathedral, the second largest city. 40 soldiers yesterday forced their way into the Sacred Heart cathedral during Lent preparations. The held many worshippers for hours, including Archbishop Marco Tin Win, who now remains under house arrest. In Yangon, another city, the military took a 4-year-old boy hostage in lieu of his father, accused of supporting the resistance.

AsiaNews reports, the violence of Myanmar’s military has reached the Archdiocese of Mandalay, the country’s second largest city.
About 40 soldiers stormed into the Cathedral of the Sacred Heart yesterday afternoon, in an area inhabited mainly by ethnic Tamil, while worshippers were preparing for a Lenten celebration.
According to a Catholic News Agency contributor present at the scene, soldiers demanded “to know where the gold and money and weapons were hidden”, stopping anyone trying to get out.
When Fr Dominic Jyo Du, vicar general of the Archdiocese, tried to explain that the only money they had were donations raised for the poor, he too was pushed into the cathedral.
Archbishop Marco Tin Win, who was in another building at the time of the raid, was taken to the cathedral and made to seat with the others.
Meanwhile, people who avoided capture warned other local Catholics to stay away from the cathedral.
The prelate and the faithful were detained for more than two hours before they were released. However, some soldiers remained and are still there this morning.
In the first days of the protests, the Archbishop took to the streets with demonstrators and again last Christmas, he denounced the country’s tragic situation in an interview with AsiaNews.
“The condition of the Burmese people is similar to that of Mary and Joseph during the first Christmas: far from home, in the jungle, forests and caves of the country, they run for their lives," he said.
This morning reports indicate that the military have cracked down again against groups linked to the opposition.
In Yangon, the fate of a 4-year-old boy who was allegedly seized by soldiers in Ahlone township on 5 April in lieu of his father, is a source of grave concern.
About 20 military in civilian clothes broke into his nursery school. Unable to find his father, who is accused of supporting the resistance, they forced the staff to hand the child over. Earlier, they had abducted his mother.
According to the National Unity Government (NUG) set up by the opposition following the coup, the life of both mother and child are in danger.
She is reportedly held at a military interrogation centre, while the whereabouts of her son are unknown. Many Yangon residents have voiced their concerns about their fate on social media.
Edited from Asia News IT
Image Source: https://www.catholicmyanmar.com/bishop.php