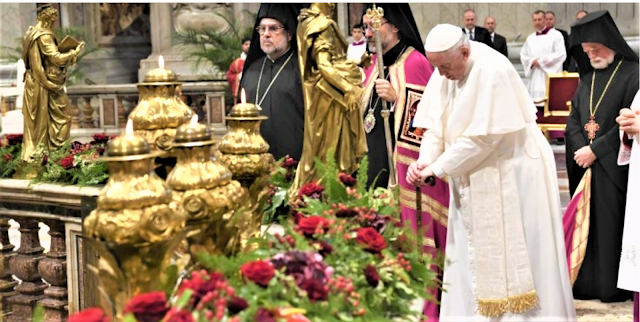 Pope Francis gave the Homily and blessed the palliums at the Solemnity of Saints Peter and Paul on June 29th. The Pope has been using a cane instead of a wheelchair for the past few days. However, on June 30th he was forced to cancel an audience because of his knee problems. He was supposed to meet with the Jewish Committee for Interreligious Consultations, but the pain prevented him. Pope Francis was only able to fulfill one of the two meetings on his agenda for that day. He met with the delegation of the Ecumenical Patriarchate of Constantinople, who came to Rome to participate in the feast of Saints Peter and Paul.