#BreakingNews a Catholic Priest and Rector of Seminary in Germany is Found Dead by Suicide after Allegations Arose - RIP Fr. Christof May 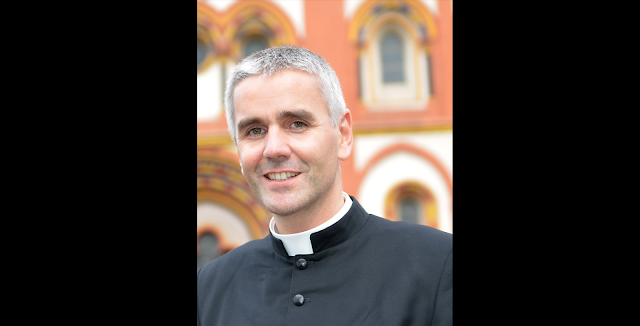 A Catholic priest, named Dr. Christof May, rector of the seminary, took his life in the forest near the Eschenau, Runkel, in Limbourg, Germany. The body of the priest was found on Thursday morning, June 9, 2022. His car was nearby, had been spotted by the police helicopter. May had left a suicide note on Wednesday, June 8th. He was missing since Wednesday afternoon. In the afternoon, therefore, a large search operation by the police, fire brigade and DRK started.  The public prosecutor's office in Limburg has confirmed that it was a case of suicide. Allegations of "abusive behavior" were suddenly raised against Christof May. For this reason, Bishop Dr. Georg Bätzing, also chairman of the German Bishops' Conference, had released him from all offices in order to be able to examine and clarify the allegations.  Previously, the priest molested two women, the priest's attacks were not criminal offenses and he regretted his behavior and apologized. When this previous case became known two weeks ago, it led to a wave of criticism of Bätzing.  The priest then offered his resignation as dean, which Bätzing accepted.

The Diocese Released this statement:

Grief and bewilderment: priest of the diocese found dead

The Diocese of Limburg mourns the loss of a priest who has held management positions in the diocese. The head of the seminary was found dead on Thursday 9 June.

The events shock us in the Diocese of Limburg and far beyond. Death hits us hard, causes dismay and bewilderment and leaves many questions. The priest had been entrusted with responsible offices on behalf of the bishop for years.

In a personal conversation about allegations of abusive behavior, he was heard on Wednesday, June 8, as required by the relevant church regulations. Following this, Bishop Georg Bätzing released him from all offices in order to be able to examine and clarify the allegations.

The death of the priest is very depressing for everyone in the diocese, especially for the bishop, those responsible for human resources and the diocese leadership, and leaves unanswered questions.

The diocese extends its sincere condolences to the family of the deceased. At the same time, our thoughts are with those who reported the allegations.

We will do everything we can to stand together in the diocese in this truly challenging situation.

Since the family, as well as full-time and volunteers in the diocese should first be informed about this terrible news, we are only making a public statement today.