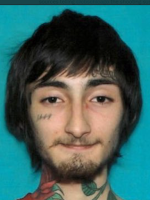 In Highland Park, Illinois, United States, on July 4, 2022, a mass shooting took place during an Independence Day parade.  The shooting occurred about 15 minutes after the parade started at 10:00 a.m. (CDT, UTC−05:00). At least six people were killed, and at least 24 others were injured. Victims are ages 8 to 85 according to Medical Director. The Lake County Sheriff's Office identified 22-year-old Robert "Bobby" Eugene Crimo III as a "person of interest" and he was subsequently arrested after a lengthy chase. Crimo was caught over eight hours after the shooting began.
Sources: CNN and Wikipedia
FULL TEXT Statement of Cardinal Blase J. Cupich, archbishop of Chicago, on the July 4 mass shooting in Highland Park
July 4, 2022
I have been watching the news in horror as at least 6 are dead and many more were wounded after a gunman opened fire as families attended an Independence Day parade in Highland Park. What should have been a peaceful celebration of our nation’s founding ended in unspeakable tragedy.
Please join me in praying for the victims and their loved ones, who never imagined a July 4 celebration could become a killing ground. Pray too for the safety of first responders as they pursue the person responsible for this tragedy. They bravely rushed into the danger to treat victims and to protect others from harm.
The parade reportedly had a heavy presence of police and fire vehicles, yet this shooter was able to wound at least two dozen people before he stopped, or was stopped, and fled. Victims ranged in age from 8 to 85. Weapons designed to rapidly destroy human bodies have no place in civil society.
It is barely July, and this year the United States is already experiencing more than one mass shooting a day. Chicago Police reported at least 55 shot and 7 killed since Friday, and the holiday weekend is not yet over. Gun violence is now the leading cause of death for U.S. children.
Whatever one makes of the right to bear arms, there is plenty of room for prudential judgment in interpreting the Second Amendment so as to enact serious, broadly popular gun-safety measures. The Senate finally passed a significant, yet modest, gun-safety bill last month. But clearly more must be done.
The right to bear arms does not eclipse the right to life, or the right of all Americans to go about their lives free of the fear that they might be shredded by bullets at any moment. Gun violence is a life issue. We must continue to pray that all our officials, elected and unelected alike, will redouble their commitment to keeping safe the people they have sworn to serve.
Pope Francis wrote to the people of Chicagoland in 2016: “As Dr. Martin Luther King Jr. said, humanity ‘must evolve for all human conflict a method which rejects revenge, aggression and retaliation. The foundation of such a method is love.’ I urge all people, especially young men and women, to respond to Dr. King's prophetic words and know that a culture of nonviolence is not an unattainable dream, but a path that has produced decisive results.”
May the Lord of mercy embrace in love those who have died, bring healing to the wounded, comfort to their loved ones, and courage to all of us, so that we may respond to this tragedy united as God’s children to build a path to safety and peace.
Statement Source: https://www.archchicago.org/en/statement/-/article/2022/07/04/statement-of-cardinal-blase-j-cupich-archbishop-of-chicago-on-the-july-4-mass-shooting-in-highland-park