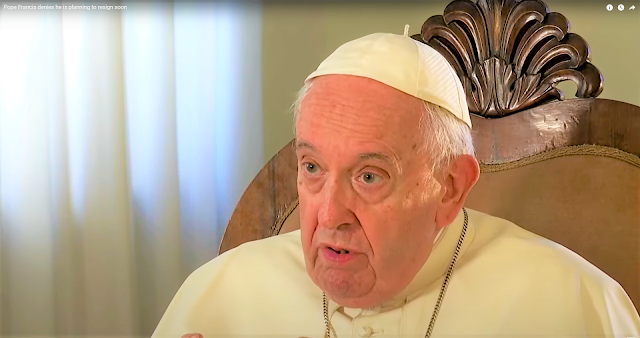 Vatican News report on the fifth installment of the interview granted to Reuters' correspondent, Phil Pullella. In it, Pope Francis reflects on the fight against pedophilia and insists that the Church's commitment to fight the scourge is non-negotiable.
By Vatican News
The fight against abuse in the Church began slowly, but today it is an irreversible path.
Pope Francis stressed this in an interview with Reuters: “(After Boston) the Church started zero tolerance slowly and moved forward. And I think the direction taken on this is irreversible."
Non-negotiable commitment
The Holy Father continued saying this commitment is irreversible and non-negotiable.
Responding to a question about the resistance that in some cases is encountered at the local level in the application of measures against abuse, the Pope observed: "There is resistance, but each time there is more awareness that this is the path."

Pope Francis recalled the subdivision of the Dicastery for the Doctrine of the Faith into two sections, one dedicated to trials regarding abuse, and expressed satisfaction for the work it has done and is doing.
The Pope then cited a recent meeting with visitors who reminded him how in their country about 46 percent of abuse occurs in the family and noted that "this is terrible".
Never justified
After recalling what the statistics show, the Pope added: “This does not justify anything."
The Pope recalled how even if it were a matter of a single case, it would be shameful and it would need to be fought.
"We have to fight against every single case," he said. "As a priest, I have to help people grow and save them. If I abuse, I kill them. This is terrible."
Gratitude to Pontifical Commission and its leadership
“Zero tolerance”, concluded the Pontiff, praising the work of Cardinal Sean O'Malley, Archbishop of Boston and President of the Pontifical Commission for the Protection of Minors, and the British-born Secretary of the Commission, Fr. Andrew Small, OMI, as "courageous" men worthy of recognition.
The Pope reaffirmed that he totally supports the work of the Commission.
Source: Vatican News