Saint July 28 : St Alphonsa a Nun who said "...I will seek refuge in the Sacred Heart of Jesus" - from India 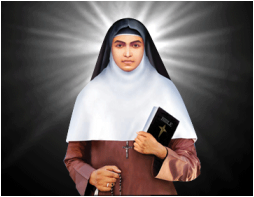