Famous Blind Singer Andrea Bocelli will Perform at the Vatican's Opening Night of the Video Projection on St. Peter's Basilica 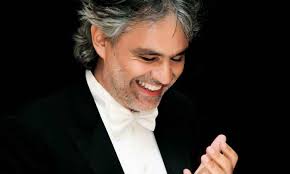 On October 2nd, St. Peter's Basilica will host the first videomapping on the life of the Apostle.  Cardinal Gambetti and the tenor Andrea Bocelli  will be in the spotlight.
This is on the opening night for the projection of the videomapping “Follow me. The life of Peter ”, with the greeting of Card. Mauro Gambetti, vicar general of the Pope for the Vatican City. Andrea Bocelli, special guest, will participate in the event with a musical tribute. The internationally renowned singer will perform, among others, The First Noël, a song taken from his new album. Also on stage Flavio Insinna, narrator of videomapping. Milly Carlucci will present the evening. During the evening, the videomapping will be projected on the facade of St. Peter's Basilica for the first time. The multimedia project is an initiative promoted by the Fratelli tutti Foundation, by the Fabbrica di San Pietro and by the Parish of the same Basilica and inaugurates, in an artistic key, a pastoral path to accompany the visit of the basilica and the pilgrimage to the Tomb of Peter. The initiative represents the first stage of the “Art and Faith” itineraries. Through a sequence of images, taken from the most important iconographic repertoires of the Basilica and the Vatican Museums, the events of the life of the Fisherman of Galilee will be told using a mixture of new technologies and sacred iconography. To realize this story, technological tools were chosen capable of enhancing and harmonizing images, sounds and words. An encounter between ancient and modern that uses production technologies with three-dimensional effects for the enhancement of masterpieces by artists including Raphael, Perugino, Reni and Cavallucci. The screenings will go on from 2 October to 16 October inclusive. From 3 October they will take place every evening from 9 pm to 11 pm and will last about 8 minutes. A countdown will be projected between each story. (GPT) Source: SIR