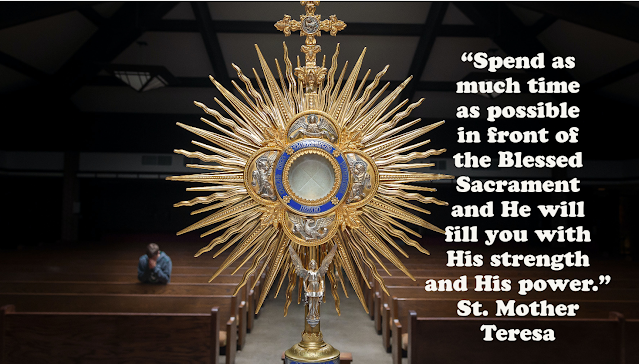 Tuesday of the Twenty-third Week in Ordinary Time
Lectionary: 438
Reading 1
1 Cor 6:1-11
Brothers and sisters:
How can any one of you with a case against another
dare to bring it to the unjust for judgment
instead of to the holy ones?
Do you not know that the holy ones will judge the world?

If the world is to be judged by you,
are you unqualified for the lowest law courts?
Do you not know that we will judge angels?
Then why not everyday matters?
If, therefore, you have courts for everyday matters,
do you seat as judges people of no standing in the Church?
I say this to shame you.
Can it be that there is not one among you wise enough
to be able to settle a case between brothers?
But rather brother goes to court against brother,
and that before unbelievers?
Now indeed then it is, in any case,
a failure on your part that you have lawsuits against one another.
Why not rather put up with injustice?
Why not rather let yourselves be cheated?
Instead, you inflict injustice and cheat, and this to brothers.
Do you not know that the unjust will not inherit the Kingdom of God?
Do not be deceived;
neither fornicators nor idolaters nor adulterers
nor boy prostitutes nor sodomites nor thieves
nor the greedy nor drunkards nor slanderers nor robbers
will inherit the Kingdom of God.
That is what some of you used to be;
but now you have had yourselves washed, you were sanctified,
you were justified in the name of the Lord Jesus Christ
and in the Spirit of our God.
Responsorial Psalm
Ps 149:1b-2, 3-4, 5-6a and 9b
R. (see 4) The Lord takes delight in his people.
Sing to the LORD a new song
of praise in the assembly of the faithful.
Let Israel be glad in their maker,
let the children of Zion rejoice in their king.
R. The Lord takes delight in his people.
Let them praise his name in the festive dance,
let them sing praise to him with timbrel and harp.
For the LORD loves his people,
and he adorns the lowly with victory.
R. The Lord takes delight in his people.
Let the faithful exult in glory;
let them sing for joy upon their couches;
Let the high praises of God be in their throats.
This is the glory of all his faithful. Alleluia.
R. The Lord takes delight in his people.
Alleluia
See Jn 15:16
R. Alleluia, alleluia.
I chose you from the world,
That you may go and bear fruit that will last, says the Lord.
R. Alleluia, alleluia.
Gospel
Lk 6:12-19
Jesus departed to the mountain to pray,
and he spent the night in prayer to God.
When day came, he called his disciples to himself,
and from them he chose Twelve, whom he also named Apostles:
Simon, whom he named Peter, and his brother Andrew,
James, John, Philip, Bartholomew,
Matthew, Thomas, James the son of Alphaeus,
Simon who was called a Zealot,
and Judas the son of James,
and Judas Iscariot, who became a traitor.
And he came down with them and stood on a stretch of level ground.
A great crowd of his disciples and a large number of the people
from all Judea and Jerusalem
and the coastal region of Tyre and Sidon
came to hear him and to be healed of their diseases;
and even those who were tormented by unclean spirits were cured.
Everyone in the crowd sought to touch him
because power came forth from him and healed them all.
Prayer to make Spiritual Communion: People who cannot communicate now make spiritual communion. At your feet, O my Jesus I bow down and offer you the repentance of my contrite heart, which abysses itself into its nothingness and Your holy presence. I adore you in the Sacrament of Your love, the ineffable Eucharist. I wish to receive you in the poor home that my heart offers you. In anticipation of the happiness of sacramental communion, I want to possess you in spirit. Come to me, oh my Jesus, that I may come to you. May Your love inflame my whole being, for life and death. I believe in you, I hope in you, I love you. So be it. Amen