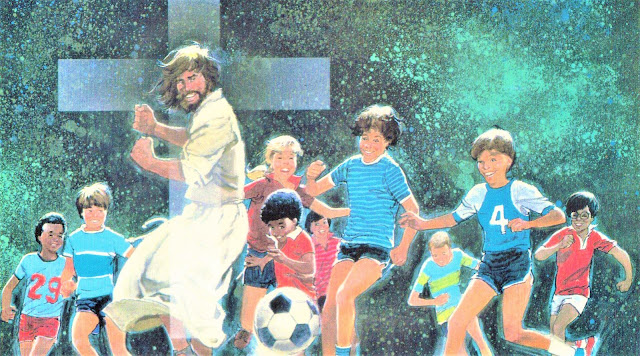 FIFA (International Federation of Football Association) Soccer World Cup will be in Qatar this year. A former soccer manager, Fr. David Jasso, who became a Catholic priest made this appeal to Live the World Cup in Peace:
IT IS STILL TIME TO LIVE THE WORLD CUP IN PEACE Football should be a family and safe spectacle. No more violence in something as beautiful and exciting as soccer! I learned this during my time at the Monterrey Soccer Club -Rayados- as Sports Manager before becoming a priest. On October 1, at least 131 people were killed after chaos and violence erupted during an Indonesian league soccer match. Supporters of Arema FC and rival Persebaya Surabaya, two of the country's biggest soccer teams, clashed in the stands after local team Arema FC was beaten 3-2 in a match in Malang city . This event is being cataloged as one of the deadliest stadium disasters of all time. Just on March 5, 2022, at the La Corregidora Stadium in Queretaro, Mexico, there was also a fight between the "bars" and "fans" of the Gallos Blancos del Queretaro and the Atlas de Guadalajara that, according to official figures, left 26 wounded, dozens of scenes of brutality and more than 30 detainees.
I remember as a child having witnessed this type of "riots", "fights" or "fights" in the stadium where I went with my father and even knowing from the news of violent acts in the vicinity or even in neighborhoods or neighborhoods after a classic, the most important match in the city, even more important than a match for the Mexican national team. Those who generate violence or aggression of any kind do not know or completely forget what soccer is. Soccer is a social phenomenon that moves the world in more ways than one. Football is a universal language that transcends any barrier and eliminates the differences between communities. It is not for nothing that there are more countries affiliated with FIFA than with the UN, for example.
Saint John Paul II once said: “Soccer must become an authentic reason for promoting the greatness and dignity of the human being... to spread the great virtues that are the basis of a dignified human coexistence, such as tolerance , respect for human dignity, peace and fraternity” We are close to experiencing an unprecedented World Cup, after the COVID-19 pandemic that paralyzed the world, celebrated in an unusual month that has involved bringing forward local tournaments and mobilizing many realities, in a country like Qatar, one of the most influential in the world and highly criticized, not only because of the conditions of migrant workers but because of many other factors. In the midst of the impact of a crisis caused by the pandemic, an accelerated change of times and the impact of a war between Russia and Ukraine, we are called to build peace and harmony in our neighborhoods and communities. Let's make the most important soccer party in the world, a party of peace and for peace. Let's live and enjoy our own local tournament in its final phase, moving away from these events that affect people, families and communities around a sport that is played all over the world for its simplicity, its closeness and its emotions. Let's live soccer with joy and as an opportunity to grow our talents, remembering that sports and soccer are also a gift from God.
Source: https://www.facebook.com/padredavidjasso