Archdiocese of Mexico Shares 1st Photographic Image of the Miraculous Our Lady of Guadalupe Tilma that Converted Millions! 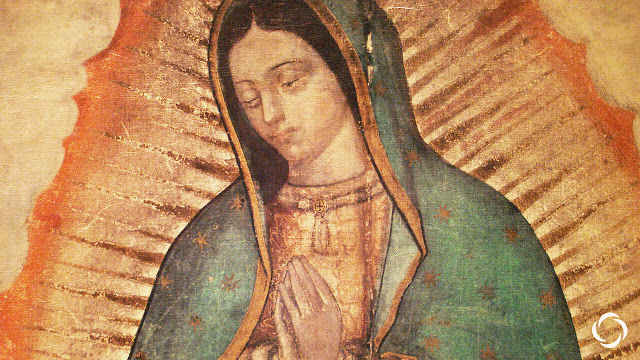 The Archdiocese of Mexico has recently shared the 1st photographic image of the miraculous tilma with the image of Our Lady of Guadalupe. 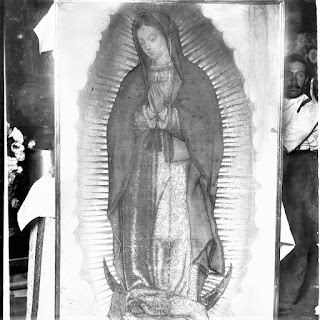 On December 9, 1531, in Mexico, Our Lady appeared to Juan Diego, a poor humble Aztec Indian who had recently converted to the Catholic faith.  She asked him to go to the Bishop and tell him to build a church where she said “I will show and offer all of my love, my compassion, my help and my protection to my people.” Juan Diego did as she asked, but the Bishop asked for a sign that this message was really from Our Lady. Mary granted his request. She miraculously appeared on his tilma in front of the bishop.

Mary’s appearance changed everything, however. It helped the Indians to embrace Christianity and it helped the Spaniards to treat the Indians with respect and as human beings. In the course of seven years, 6,000,000 Indians converted to the Catholic faith. This was the biggest conversion in the history of the Church! This is why Our Lady of Guadalupe is the Patroness of the Americas. Juan Diego, the humble man to whom she appeared, was canonized in the summer of 2002.
The Archdiocese wrote on Facebook:
The first portrait of the Ayate of San Juan Diego to the image of the Virgin of Guadalupe. On the afternoon of May 18, 1923, photographer Manuel Ramos had the honor of being the first to portray directly the tilma of Juan Diego, the image of the Virgin of Guadalupe, without the protective glass. The opportunity presented itself thanks to a change of frame, as well as other arrangements that the image needed for its preservation after the attack suffered on November 14, 1921, when they detonated a dynamite bomb at the feet of the i cone.
One of Ramos' daughters claims that this event was so important to the photographer that his devotion increased and began to get more involved in photographing Church events, such as the Centenary of the Appearance of the Virgin.
It should be noted that the photographs taken from the canvas became the official images of the Virgin of Guadalupe, images that were widely circulated among devotees during the twenties and thirties. Photo and info from the Archivo Fotográfico Manuel Ramos Source: