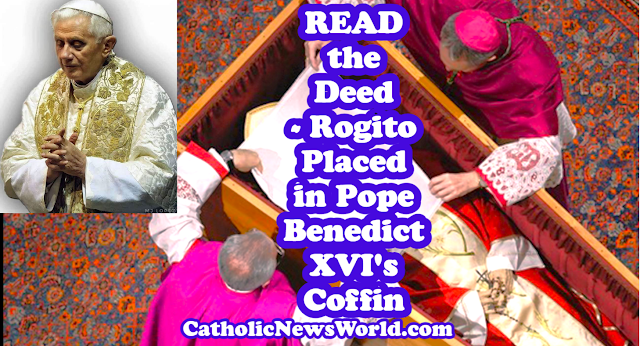 Pope Emeritus Benedict XVI was buried in the crypt of the Vatican with a deed or rogito. The Holy See Press Office published the text of the Deed placed in his coffin, which recounts his biography for posterity.
According to Vatican News, the coffin of the late Pope Emeritus Benedict XVI was sealed in a ritual in St. Peter’s Basilica on Wednesday evening, after around 200,000 pilgrims had visited his body.
As per tradition, the Pope Emeritus' pallium, coins and medals minted during his pontificate, as well as a "Rogito" or Deed summarizing the highlights of his papacy, were also placed inside the casket.