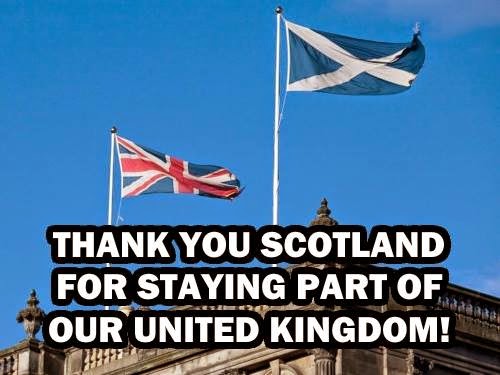 Catholic Bishops Statement on Referendum
“The Bishops’ Conference of Scotland recognises and respects the result of the Scottish referendum, that Scotland should remain a part of the United Kingdom, and commends all those who participated in what was a was a passionate and sometimes partisan debate. The vast majority of Scots engaged with the Referendum and it is our hope that we can all now cooperate for the benefit of our nation in future. We urge the Catholic community to continue to engage in public debate and decision-making and, in doing so, to uphold the meaning and importance of the Christian message. May God bless Scotland.” Shared from Scottish Catholic Media Office - Image Share Google