It's Mary's Month -- Properly Representing Devotion to Our Lady 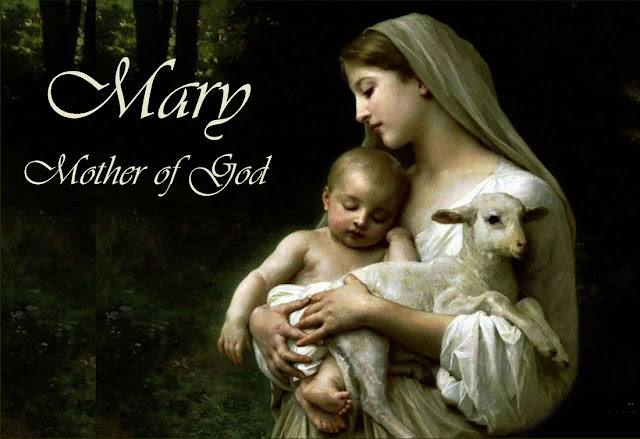 May is the month of Our Lady, a month devoted to honoring the Mother of God. But, I suppose one would have to assent to belief in God before finding any necessity in honoring the women chosen from all time to be His mother.

Well, maybe assent to belief in God is not enough either. A majority of Christian's do not see any value in honoring Mary or venerating those dead who have been deemed by the Church to have lived lives worthy of canonization -- our Communion of Saints. Yet, all ofthem as Christians assent to belief in Jesus as their Lord and Savior and to heaven where their departed loved ones will dwell in life everlasting.  In other words, they are alive in heaven where Mary is, in a special and profound way, as the Mother of God, assumed body and soul (cf. CCC 971).

What's a Catholic to do about this issue?

I mean, Mary, our first tabernacle, deserves to be honored for the role she played in Salvation History and her continuing intercession for her children striving for heaven here on earth. And, how do we share this truth in a way that can be properly understood by all Christians?

Let's start here. The Catechism of the Catholic Church says this about Our Lady:


The Holy Spirit prepared Mary by his grace. It was fitting that the mother of him in whom "the whole fullness of deity dwells bodily" should herself be "full of grace." She was, by sheer grace, conceived without sin as the most humble of creatures, the most capable of welcoming the inexpressible gift of the Almighty. It was quite correct for the angel Gabriel to greet her as the "Daughter of Zion": "Rejoice." It is the thanksgiving of the whole People of God, and thus of the Church, which Mary in her canticle lifts up to the Father in the Holy Spirit while carrying within her the eternal Son (CCC 722).

She, the one whose "fiat" would make her the Mother of God (Theotokos) was prepared by the grace of the Holy Spirit. Her name was changed, "Hail, favored one" (Luke 1:28) which in all of Salvation History means that a covenant was formed between God and Mary in her fiat. This also means that God chose from all women throughout time the one that would best serve to be the "Vessel of Singular Devotion" to carry His Son, and bring about the Incarnation of the Word. She became the opposing force to the disobedience of Eve, or the "New Eve"; again not only does her role in human history change, but also her name.


St. Irenaeus proclaimed this truth in the 2nd century:

For just as [Eve] was led astray by the word of an angel, so that she fled from God when she had transgressed His word; so did [Mary], by an angelic communication, receive the glad tidings that she should sustain God, being obedient to His word. And if the former did disobey God, yet the latter was persuaded to be obedient to God, in order that the Virgin Mary might become the patroness of the virgin Eve.
And thus, as the human race fell into bondage to death by means of a virgin, so is it rescued by a virgin; virginal disobedience having been balanced in the opposite scale by virginal obedience. (Against Heresies, V.19.1, A.D. 180)
Close your eyes and consider Mary visited by the Angel Gabriel. She was young, betrothed to be married, and suddenly an enormous task of love was presented to her. A plan that would change her life and ours forever. Without being prepared for this express purpose, would you have said yes? Mary was Immaculately Conceived to prepare her for this precise moment; free from original sin, and all sin, she is able to offer the perfect vessel, and the perfect DNA to bring forth Jesus, the God-Man.
The Catechism of the Catholic Church offers us this:


The eyes of faith can discover in the context of the whole of Revelation the mysterious reasons why God in his saving plan wanted his Son to be born of a virgin. These reasons touch both on the person of Christ and his redemptive mission, and on the welcome Mary gave that mission on behalf of all men (CCC 502).


Not any woman could do this. Not at all -- chosen from all time, from all women, to bring forth the gift of restoration of mankind through the Passion, Death and Resurrection of her Son, Jesus Christ.

Assent to Marian doctrine, is part of proper worship of God -- the worship God deserves in justice. To honor His Mother is to tell Jesus that you believe in Him and the miracles, both large and small, that Trinity work in our lives.Mary helps us to grow in our right relationship to the Holy Trinity:

"All generations will call me blessed": "The Church's devotion to the Blessed Virgin is intrinsic to Christian worship." The Church rightly honors "the Blessed Virgin with special devotion. From the most ancient times the Blessed Virgin has been honored with the title of 'Mother of God,' to whose protection the faithful fly in all their dangers and needs. . . . This very special devotion . . . differs essentially from the adoration which is given to the incarnate Word and equally to the Father and the Holy Spirit, and greatly fosters this adoration" (CCC 971)


Mary was the first Holy Communion, carrying the Body and Blood of Our Lord within her. This is her month. Ask Mary, who is closer than any human being to Our Lord to send you the grace of faith and devotion. She's alive in heaven as a result of her Son's sacrifice. She's waiting to hear from you and to send you forth on a mission to bring people closer to Christ Jesus -- to help them to assent to understanding the Communion of Saints, but the teachings of the Church established by her Son.

O, Mary conceived without sin; pray for us who have recourse to you.
By: Kathy Vestermark, US Correspondent of Catholic News World, Professor at CDU and Homeschooling Mother of 6