#BreakingNews Hundreds of Thousands at MARCH FOR LIFE in Washington DC - USA - with VP - Mike Pence and Pres. Trump 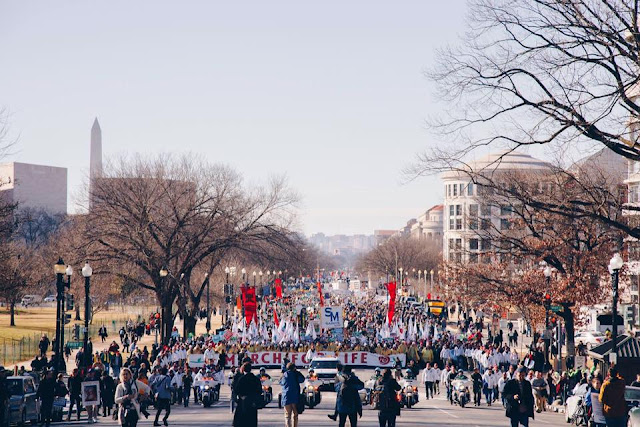 Hundreds of THOUSANDS attended the MARCH FOR LIFE in Washington, DC on January 18, 2019. The great crowds marked the 46th anniversary of Roe vs. Wade the decision in 1973 that permitted abortion. President Trump and VP Mike Pence made a surprise speeches - (See Video at bottom of this post)
Even POPE FRANCIS tweeted last year: "Every life counts: from the beginning to the end, from conception to natural death"in  2014 he tweeted in English and Spanish,
“I join the March for Life in Washington with my prayers. May God help us respect all life, especially the most vulnerable”.
Over 60,000,000 Abortions have occurred in America Since Roe vs. Wade in 1973.  The United States remembers 46 years of legalized abortion in all fifty states at any time for any reason throughout pregnancy on January 22nd, the anniversary of the Roe v. Wade Supreme Court decision.  This massive crowd gathered to honor life from conception to natural death with the support and speech by the President of the United States. It is hoped that the legislation will soon be changed to end abortion in the US. (IMAGE SOURCE : GOOGLE)
There was an overnight prayer vigil in the Basilica of the National Shrine of the Immaculate Conception with thousands in attendance. Cardinals, bishops, priests, deacons, and seminarians were present at the Mass in the Basilica. This annual March has become a large event spanning many days and involving talks, demonstrations, prayer, videos and other activities. Many politicians, clergy, religious, youth and leaders partake every year. This year the President Donald Trump gave a surprise speech, and Vice-President Mike Pence also gave a speech. Martin Luther King's niece Dr. Alveda King also attended and is part of a large movement in support of life. Two years ago over 800,000 attended. This year noted a particularly strong youth presence. 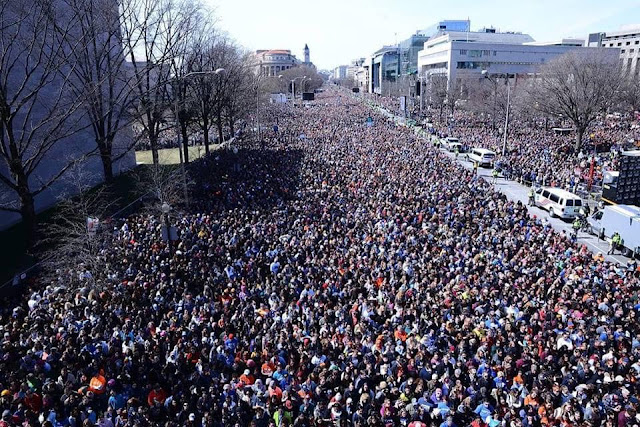 Wow Thousands at Pro-Life Mass at Youth Rally for March for Life with US Papal Nuncio who brought Message from Pope Francis https://www.catholicnewsworld.com/2019/01/wow-thousands-at-pro-life-mass-at-youth.html