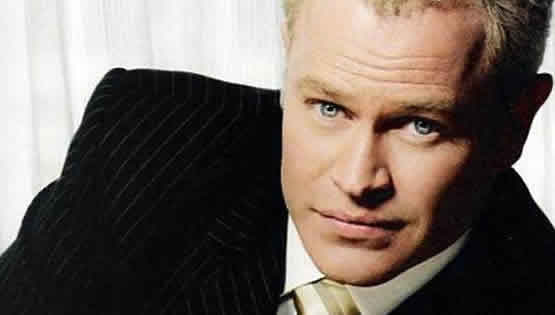 Actor, Neal McDonough is famous from roles in Band of Brothers, Flags of Our Fathers, Star Trek, Justified and Desperate Housewives.

Neal, 52, married model Ruvé Robertson in 2003 and the couple has 5 children. He therefore refuses to do love scenes.  In a recent article for CloserWeekly he explained, “I won’t kiss any other woman because these lips are meant for one woman,” he says of Ruvé, the mother of his five children (ages  4 to 13). (Names of the children pictured below: Morgan, Catherine, London, Clover, James) 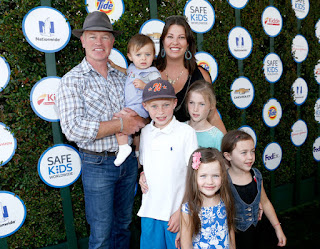 He says of himself that "As a devout Catholic, I believe certain things." McDonough also suffers from Dyslexia but has been very successful, "Dyslexia helped me become an actor in some way, and I’m blessed to be where I am right now."

In the Interview he says:

"I’m just the most blessed guy I know. That’s why I go to church every day and say thank you to God for everything he’s given me. "


The actor was asked "How have you managed to avoid doing love scenes, especially on shows like Desperate Housewives?" He explained, "When [creator] Marc Cherry signed me, I said, “I’m sure you know, but I won’t kiss anybody.” He was like, “But this is Desperate Housewives!” I said, “I know.” He paused for about five seconds and said, “All right, I’m just going to have to write better.” And we had a great time."

However, Neal was also fired from another show called "Scoundrels" for his refusal to do love scenes, "I was, and it was a horrible situation for me. After that, I couldn’t get a job because everybody thought I was this religious zealot. I am very religious. I put God and family first, and me second. That’s what I live by. It was hard for a few years. Then [Band of Brothers producer] Graham Yost called me and said, “Hey, I want you to be the bad guy on Justified.” I knew that was my shot back at the title."

In another article, Neal explains how daily Mass is important to him:

We had Mass every day at lunch.
We hired the biggest suite at the Wynn Hotel. We’d fly priests in. We’d have Mass every day during the filming of this in Las Vegas at the Wynn Hotel.
Not for gambling, but for God. It was phenomenal. Kevin James — not only one of the greatest actors on set, but one of the greatest guys I’ve ever met. Gosh, what an amazing human being to do that. “All right, everyone in the cast, everyone in the crew. You want Mass? It’s going to be in suite 306. Let’s have at it. Every day.”