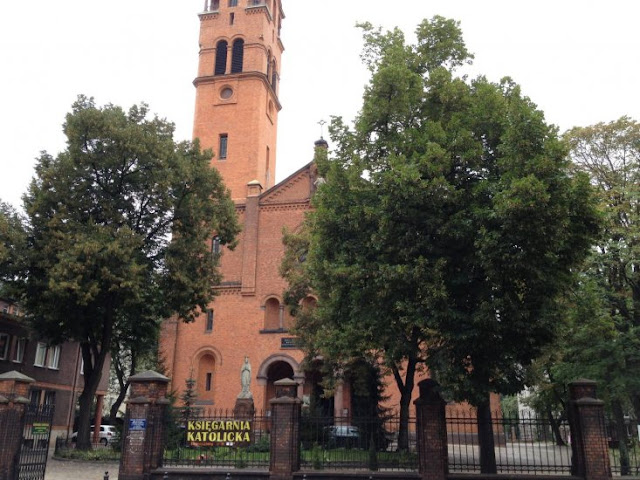 Several news sources report that a man man with a knife 'storms church, kills worshipper and attacks priest'
The attacker was taken by Polish police and is now in hospital.

A knifeman stormed into a church in Warsaw and stabbed the dad of another priest to death.

The priest who came to the dad's help was also attacked before police arrived at the scene.

The dad who was killed is said to be about 60 years old and had arrived at the church for confession, according to the Archdiocese of Warsaw.

The priest is said to have only suffered minor injuries..

Paramedics were unable to revive father of the priest.

The arrested man is thought to be around 40 years old.
Police investigations at the scene are underway.
Edited and shortened from the Mirror UK - Updated with Corrections from News release by Archdiocese of Warsaw, Poland.
Posted by Jesus Caritas Est at 1:59 PM