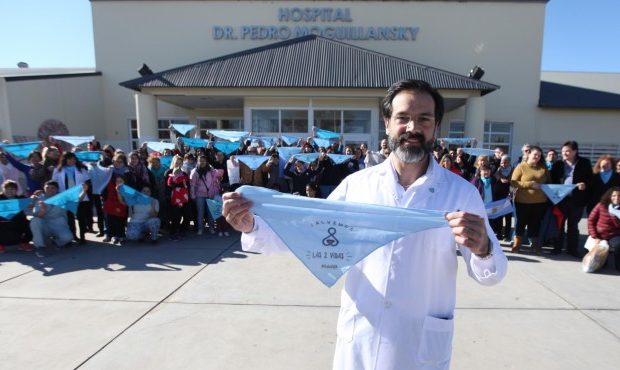 Irish Times reports that an Argentinian doctor was convicted of refusing to perform abortion. Dr Leandro Rodriguez Lastra, an OB-GYN in Argentina, was found guilty on Monday, May 20, 2019 of having prevented an abortion, after he decided to save the life of an unborn baby whose mother had taken an abortion pill.

After three days of arguments in the Rio Negro Court in Argentina, Judge Álvaro Meynet found Rodríguez guilty of failing to carry out his duty as a public functionary.

In the coming days, the court will announce the sentence, which could range from suspension from practicing medicine to two years in prison.

Rodríguez is the head of the department of gynaecology at the Pedro Moguillansky Hospital in Cipoletti. In May 2017, he treated a 19-year-old woman who was suffering severe pain due to ingesting misoprostol, the first of a two-part abortion pill regimen, which had been administered by an abortion group.

The doctor confirmed that the woman was almost 23-weeks pregnant and the baby weighed more than 1 lb. 2 oz., so in conjunction with the medical team and the hospital board, he decided not to terminate the pregnancy.

Rodríguez stabilised the patient and when the baby reached 35 weeks gestation, labour was induced. Days later, the baby was adopted and will soon be two years old.

However, Rodríguez and Dr Yamila Custillo, who also refused to perform an abortion, were cited by Río Negro legislator Marta Milesi, an advocate for the protocol of non-punishable abortion, which the province had adopted in the case of rape, which the woman alleged.
Please Pray for Dr. Rodriguez

Edited from the Irish Times