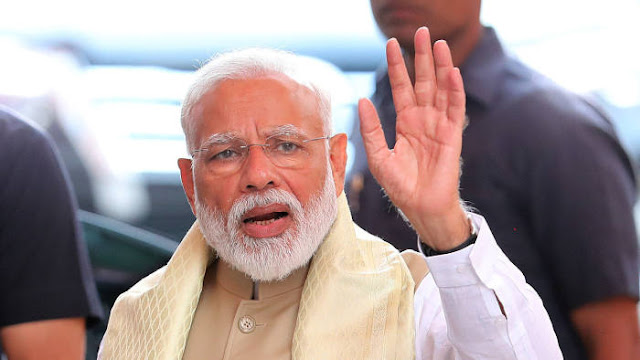 Landslide victory gives Narendra Modi the seats to rule alone
Asia News Report: The National Democratic Alliance coalition won at least 343 seats, 302 for the prime minister’s party alone. In total, 272 are required for an absolute majority. The Congress is "shocked". Analysts criticise the opposition’s inability to present a credible alternative. The vote is confirmation that "populism is growing".

Speaking to AsiaNews, Mgr Peter Machado, archbishop of Bangalore, said “we wish the BJP government all the best. The Catholic Church will surely be cooperating with the Government in whatever schemes they have for the people through our apostolates especially in education, health care and welfare services.”

The prelate added that the Church expects “the Government to give us freedom to practise our religion” as well as the opportunity “to serve the poor, Tribals, Dalits, women, and children.”

Counting started this morning at 8 am (local time) and is still in progress. But with only a few districts still to report, one thing is certain: Modi will be prime minister for a second time and can govern alone for another five years.

World leaders sent their congratulations, including Chinese President Xi Jinping, who, in an official statement, stressed the importance China attached to its ties with India and its desire to take their partnership “to a new height”.

According to the latest results by the Election Commission of India, the BJP-led National Democratic Alliance (NDA) won 343 seats in the Lok Sabha (lower house of Parliament), 302 for Modi's own party. A majority of 272 seats is needed to govern.

By contrast, the Indian National Congress, the main opposition party led by the Nehru-Gandhi dynasty, won 50 seats. In coalition with other parties, it took a total of 87.

Rahul Gandhi admitted defeat and congratulated the winners. A Congress party spokesman, Jaiveer Shergill, told the BBC that the results came as a shock. "We didn't expect this defeat," he said. "[We] weren't good communicators about our electoral promises."

The amazing victory was expected based on the first exit polls, which showed that a large majority of voters favoured the Hindu nationalist party. Experts put down Modi’s victory to the opposition's inability to present itself as a credible alternative to govern the country.

The dispute with Pakistan over Kashmir also played a role after the 14 February attack on the Indian military. Modi in fact upped the ante with his anti-Pakistan sabre-rattling throughout the electoral campaign. Analysts now admit that playing up the high-level tensions with Pakistan and acting as a strong man who guarantees security was a winning strategy.

Speaking to AsiaNews, Lenin Raghuvanshi, Dalit rights activist and executive director of the Peoples' Vigilance Committee on Human Rights (PVCHR) in Varanasi, said that the re-election of the prime minister, who has been accused of discrimination against religious minorities, is confirmation “that populism is growing ".

For A C Michael, a former member of the Delhi Minority Commission and development director for Alliance Defending Freedom-India, a second Modi administration will not change the government's approach to minorities.

The BJP’s “priority is to first address the concerns of the majority, then attend to the needs of minorities. In the list of priorities, we may be placed later but we will still be their list,” he explained.

“Christians will continue to be viewed as the masters of conversions, despite census figure showing that their numbers have been stagnant since independence. But it does not mean we Christian will stop practising our faith as guaranteed by the Constitution of India.”

“The people of India have democratically elected a government of their choice,” he added. “Democracy is thriving in our country. This is not some kind of coup. All political parties had the same opportunities to convince people and win over their confidence. BJP successfully did it. Others failed to win the confidence of the people.”

Still, Michael hopes the government in its new mandate will adopt a different approach, reaching out to minorities, who “otherwise will continue to live in fear of the Hindutva agenda”.