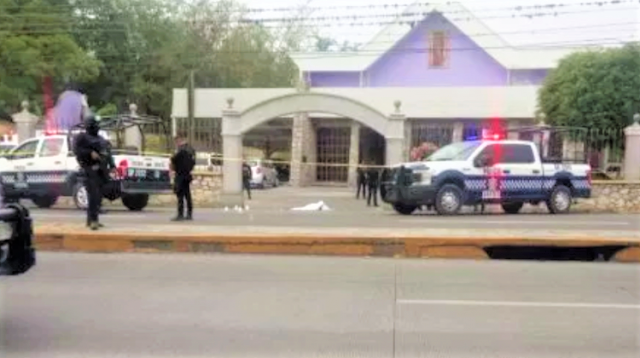 AMERICA/MEXICO - Shooting in front of the church: Bishops call for respect for the sacredness of life and fundamental values
Tuesday, 21 May 2019


Veracruz (Agenzia Fides) - "With deep sorrow, we express our sadness and consternation, in the face of the acts of violence that took place outside the rectory of Our Lady of Guadalupe, in Fortín de las Flores in Cordoba, Veracruz. We join Mgr. Eduardo Patiño, Bishop of the Diocese of Córdoba, parish priest Jorge Montero, and especially the families who were victims of this intolerable attack": this is what the Mexican Bishops’ Conference writes in the text sent to Fides condemning the violent attacks of Sunday evening 19 May, in which two young people were killed just before starting mass for a 15-year-old party.

In fact, according to a strong Latin American tradition, when a girl turns 15, a big party is organized that brings together the whole family, together with friends and neighbors. The party in Mexico begins with a mass, to thank God for the gift of life.

On Sunday evening a group of men arrived at the churchyard of Our Lady of Guadalupe, with the intention of taking a person hostage. Seeing the reaction of the young people present, who were about to enter the church, the criminals fired many shots, killing two young men and injuring two others seriously. The next day, 4 more people were killed in Veracruz, in the municipality of Minatitlán.

Delinquency prevails in the area with its violent acts: in the municipality of Vega de Alatorre (also Veracruz) on May 16, 4 lemon sellers were killed. According to the statement of the Public Security office in Veracruz, all security members have mobilized to find those responsible and stop the wave of armed violence that has already caused 6 deaths in less than two days.

The Bishops' text thus concludes: "The violence we are experiencing in our cities and communities, as in many parts of the country, generates a social decomposition that has profoundly deteriorated the harmonious and peaceful coexistence of our society. We ask society to recover the sense of the sacredness of life and the essential values of the person. We ask the authorities, once again, to thoroughly investigate, until the facts have been clarified, to act in accordance with truth and justice".

"Only a short time ago, holidays and holy places were respected by all. Now the criminals do not even stop in front of the authorities or the police (the police station is in front of the church of Guadalupe), they do not respect anything, not even the church", comments a Mexican on Facebook. (CE) (Full Text Source: Agenzia Fides, 21/5/2019)