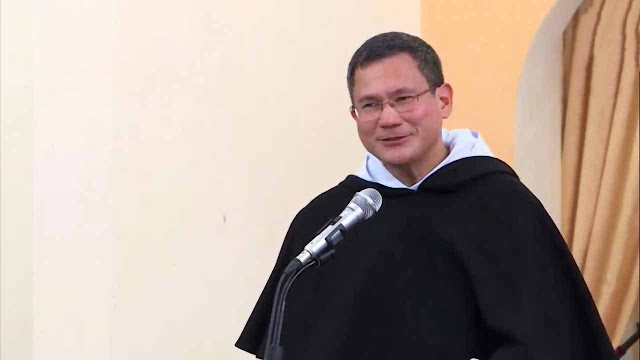 A Filipino priest has been elected the new global leader of the Dominican mission, the first Asian to hold the post.


Fr. Gerard Francisco Timoner III has been elected master of the Order of Preachers, also known as the Domincan Order. He will hold the position for nine years.

His election came during the ongoing General Chapter of the religious order in Biên Hoà, Vietnam, the first ever meeting of the order’s priors provincial in a non-Christian country.

Fr. Timoner was previously socius or assistant for Asia and the Pacific of the outgoing master, the Frechman Bruno Caderè, and head of the Filipino Dominicans.

In 2014, Pope Francis appointed him as member of the International Theological Commission, a 30-member Vatican body tasked to examine questions on doctrinal matters.

After obtaining his philosophy degree from the Philippine Dominican Center of International Studies and his theology from UST, he was ordained a priest in 1995.

In 2004, he finished his licentiate in sacred theology at the Catholic University of Nijmegen in the Netherlands.

The priest also served as vice rector for religious affairs and rector of the UST Central Seminary from 2007 to 2012.
Full Text Source: CBCP News
Posted by Jesus Caritas Est at 10:02 AM