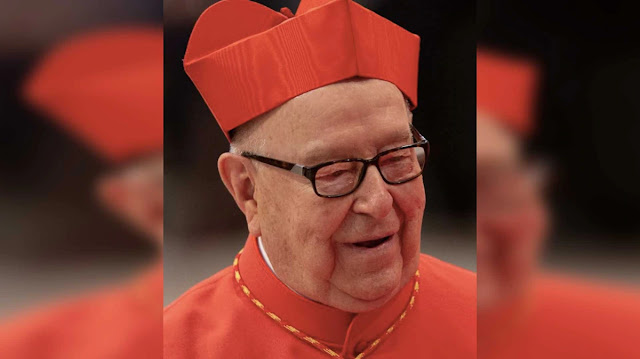 Pope offers prayers for deceased Cardinal Obeso Rivera
Pope Francis has sent a telegram expressing his sorrow and offering his prayers following the death of the Archbishop emeritus of Xalapa, Mexico.
By Vatican News

Cardinal Sergio Obeso Rivera died on Sunday at the age of 87. He was the Archbishop emeritus of Xalapa, Mexico.

On Monday, Pope Francis sent a telegram to the current Archbishop of Xalapa, Hipòlito Reyes Larios, expressing his sorrow and asking that the Archbishop convey the same to relatives of the deceased cardinal and to all members of the archdiocese.

"Remembering this self-sacrificing pastor who, for years and with fidelity, gave his life to the service of God and the Church, I pray for the eternal rest of his soul", writes the Pope. "May the Lord Jesus bestow upon him the crown of glory that does not wither".

Cardinal Obeso Rivera studied theology at the Pontifical Gregorian University in Rome, before being ordained a priest in 1954.

Back home in Mexico, he held various positions at the local seminary in Xalapa, teaching theology and eventually becoming the Rector.

He was ordained a bishop in 1971 and was appointed archbishop of Xalapa in 1979.

He served three terms as President of the Mexican Bishops’ Conference before resigning from the pastoral care of the Xalapa Archdiocese in 2007, having reached the canonical age limit of 75.

He was created a cardinal by Pope Francis in the consistory of 28 June 2018.

With the death of Cardinal Obeso Rivera, the College of Cardinals now numbers 216 in total, of whom 119 are electors.
FULL TEXT Release from VaticanNews.va
Posted by Jesus Caritas Est at 10:03 AM