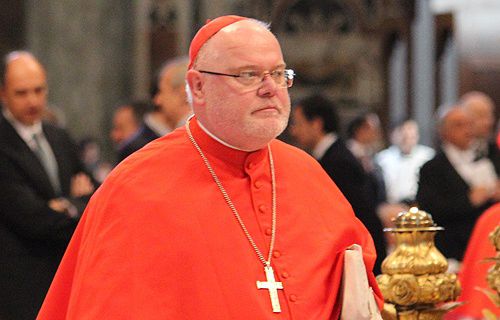 Cardinal Marx will give up chairing the German Bishops' Conference. For the first time, a chairman of the bishops' conference has the opportunity to be re-elected. Cardinal Marx, however, no longer wants to compete. Now a new chairman will be elected at the beginning of March.

The acting chairman, Cardinal Reinhard Marx, wrote a letter to the members of the German Bishops' Conference on this occasion. This letter states:

“The year 2020 is progressing and so is the view of the agenda and the scheduling for this and the coming year. This also applies to the obligations of the chairman of the German Bishops' Conference. I therefore think it is right to clarify before the election of the chairperson at the spring general assembly that I am not available for a possible second term.

It has been clear to me for some time. My idea is that at the end of a possible second term of office, I would be 72 years old, and then the end of my role as Archbishop of Munich and Freising will also be close. I think it should be the turn of the younger generation. And maybe it is also good if there is a change in this task more often. I was very happy to hold the office of chairman of the German Bishops' Conference, but 'everything has its time' (Kohelet).

Of course, I will continue to work actively in the Episcopal Conference and will be particularly committed to the Synodal Way, which I think has started well. At the same time, I would like to have a stronger presence in the Archdiocese of Munich and Freising, especially in the comprehensive strategy process that we want to start this year. "