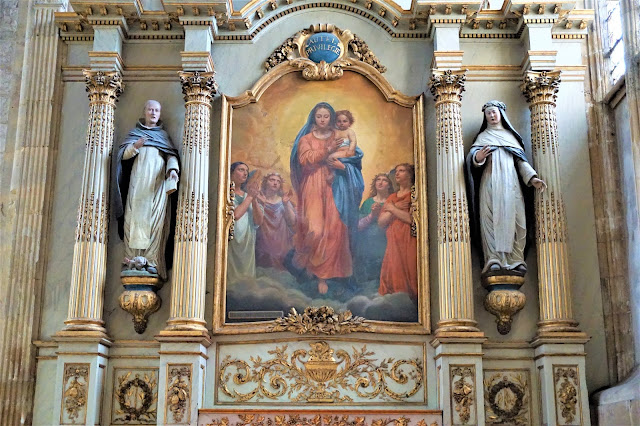 Decision of the Council of State of November 29, 2020 permits a greater number of worshippers in churches.

The summary judge of the Council of State retained the disproportionate nature of the government measure which limited to 30 the number of people authorized to attend religious ceremonies in places of worship, noting that there was no justification for this absolute and general prohibition “  whereas no other authorized activity is subject to such a limitation fixed independently of the area of ​​the premises in question  ”.

The Catholic bishops of France had challenged the 30 person limit in the court only 2 days before. They were pleased with the decision of the courts.

This evening, on the occasion of their meeting with the Prime Minister, Mgr Eric de Moulins-Beaufort, President of the CEF and archbishop of Reims, Mgrs Dominique Blanchet (bishop of Belfort-Montbéliard), and Olivier Leborgne, (bishop of Arras), vice-presidents of the CEF, Mgr Dominique Lebrun (archbishop de Rouen), member of Permanent Council and Mgr Stanislas Lalanne (bishop of Pontoise) will reiterate their wish that the adoption of a realistic gauge, such as the provided for the health protocol that it had already presented.

The CEF considers that the law has thus been restored and that the reason has been recognized. However, it would like legal recourse to remain the exception in a real dialogue, the resumption of which it awaits.

The bishops released a statement and concluded, "May this first Sunday of Advent prepare us to welcome the Lord who comes."