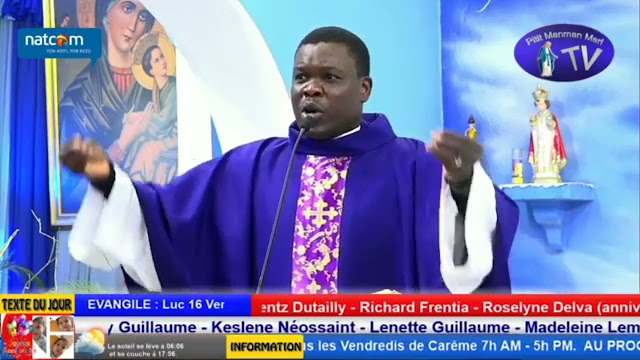 These are 3 Haitian religious (out of 5): Sister Anne-Marie Dortellus, Father Hugues Baptiste and Lovely Joseph; said Father Loudger Mazile  the Spokesperson for the Conference of Bishops of Haiti.

On April 14, the kidnappers agreed to release for ransom one of their hostages (the mother of father Jean Arnel Joseph), after his family had managed to raise the sum of $ 50,000.

It is not known if a ransom was paid for the release of these 3 hostages. The kidnappers initially demanded $ 1 million in ransom to free all their hostages.

For its part, the Church excludes any ransom payment "a life cannot be bought like a commodity" declared Father Gilbert Peltro, Secretary General of the Haitian Conference of Religious.