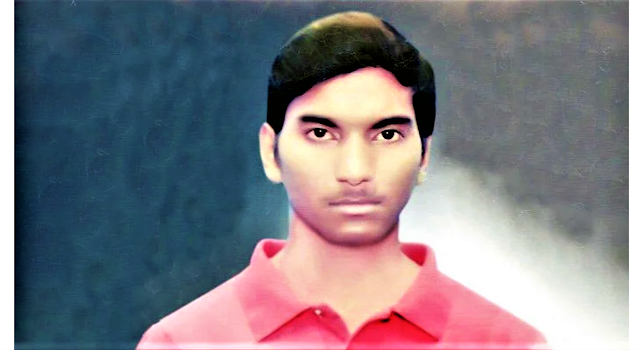 On 24 January, the feast day of Saint Francis de Sales, the news arrived that, on 9 November 2021, the Holy See granted autorization for the opening of the Cause of Martyrdom of Akash Bashir (1994-2015), a lay person, a past pupil of Don Bosco.
Celebrating the feast of St. John Bosco on January 31, 2022, Archbishop Sebastian Shaw of Lahore announced that the Vatican has accepted the cause of Akash Bashir's martyrdom, UCA News reported. The title 'Servant of God' is given to a candidate at the beginning of the sainthood process at the diocesan level. (Vatican News Excerpt)

Akash Bashir, a Pakistani national, on March 15, 2015, sacrificed himself to prevent a suicide bomber from causing a massacre at St. John's Church in Youhanabad, a Christian neighborhood in Lahore, Pakistan. Akash Bashir was 20 years old, had studied at Don Bosco Technical Institute in Lahore, and had become a security volunteer.

On that tragic March 15, like every Sunday, he was working his shift. He was in charge, specifically, of overseeing security at the entrance to St. John's Church. While on duty, news came to him that the Church of Christ, an Anglican church located 500 meters away, had been attacked by terrorists. Akash was trying to secure the area in front of St. John's Church when he saw a man running towards the building. This man, a terrorist, was intent on committing another massacre. Akash stood in front of him, trying to block him. The man threatened him, claiming to have a bomb with him, but Akash was not intimidated. He embraced the terrorist to prevent him from entering the church. The bomber blew himself up, resulting in the death of Akash and two other people. With his sacrifice, Akash saved the lives of over one hundred people.

When a suicide bomber attempted to enter a Catholic church in Pakistan in 2015, a 20-year-old  volunteer security guard blocked him. “ I will die but, I will not let you go in, ” he reportedly told the terrorist armed with explosives. The attacker then set off a bomb, immediately killing himself and the man now recognized as a candidate for canonization : Akash Bashir. Because of his actions, the church — with more than 1,000 Catholics inside — was saved from a direct blast.

His courageous act still inspires Pakistani Catholics in their daily walk and motivates them not to be discouraged in front of the many challenges and persecutions they still have to face. The shining example of Akash Bashir, a Salesian alumnus, continues to spread throughout the world. He embodied the words of Jesus: "Greater love has no one than this, that he lay down his life for his friends" (Jn 15:13).