Fire Breaks Out in Chapels of Light at the Sanctuary of Our Lady of Lourdes in France Leaving 1.5 Million Euros in Damage 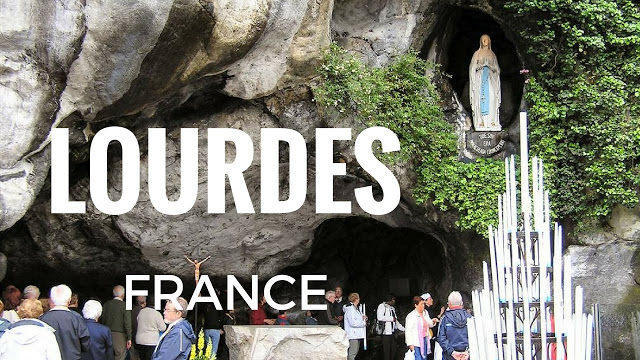 During the night of Saturday to Sunday July 10, 2022, a fire broke out in the chapels of light of the Sanctuary of Lourdes, France. The fire was quickly brought under control. Even if the material damage is very important, 4 chapels remain accessible to pilgrims wishing to light a candle during their pilgrimage.
Damage is estimated at around 1.5 million Euros. The  Rector of the pilgrimage site said: The incident was "another hard blow to the sanctuary". The fire that broke out in the night from Saturday to Sunday in the candle chapels of the pilgrimage shrine in Lourdes left behind great material damage. Thankfully, no people were injured. The Pilgrim Center Lourdes provides information about this on its website and shows the corresponding photo material. The four areas of the chapel that were not affected by the fire are now open to pilgrims again. The cause of the fire is still being sought, so far natural causes have been assumed.
The cost estimate for the reconstruction of the chapels is at least 1.5 million euros. The Rector of the Sanctuary, Monsignor Olivier Ribadeau Dumas, described the incident as "another hard blow to the Shrine". But the main thing is that there were no injuries, and that "pilgrims can pray in the remaining chapels while candles continue to burn."
Source: https://www.facebook.com/sanctuairedelourdes/photos/a.121688923448/10160028506783449/