Former Swiss Guard of Pope John Paul II has Resigned as Dean from the University of St. Thomas Over Allegations of Forging his Academic Credentials 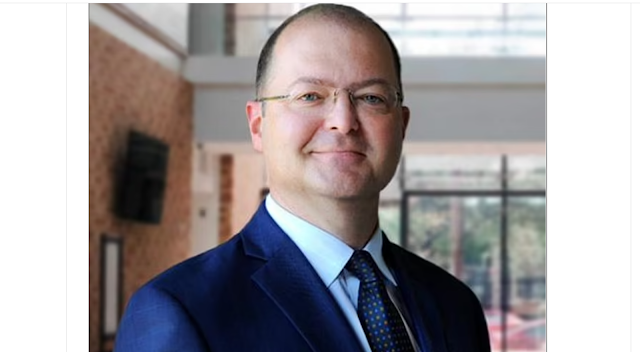 Mario Enzler, a former Swiss Guard of Pope John Paul II, has resigned from his  position at the University of St. Thomas in Houston, Texas.
The former Houston Business School dean, is accused of “fabricating qualifications, including a degree from a ‘college’ that is actually a high school.”  The University released a statement last week: 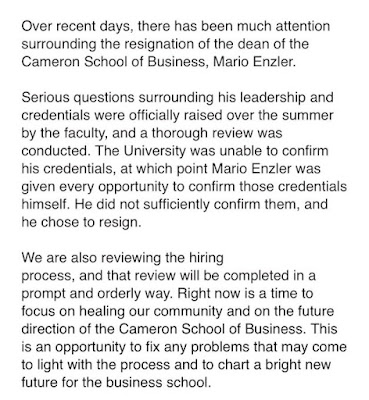 According to reports, he said he received his PhD from a university in Italy that doesn’t offer PhD degrees. Furthermore, he claimed he got a bachelor’s degree from high school.
Enzler, was a Swiss Guard for Pope John Paul II and knew Mother Teresa. He wrote a popular book (see image below) entitled, "I Served a Saint." On August 19th, Enzler resigned after two professors examined his resume claiming that he was not qualified to be the dean of the business school. A number of professors became concerned with his teaching style and researched into his background.
They group of professors denounced him in a letter to university officials in April. Associate professor of accounting John Simms, told the Houston Chronicle, “This vision that I and others at the university thought we could have was smoke. It just went up in smoke.’ 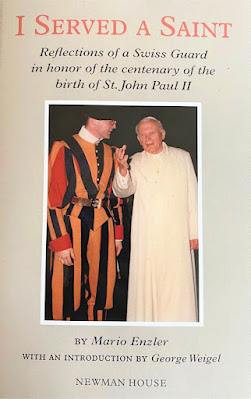 The assistant accounting professor, Ramon Fernandez, said,  “I just don’t want it to happen again. Really, the guy is a charlatan, he’s a cheater and he’s a cheater.’
Mario Enzler was appointed dean of the Cameron School of Business at St. Thomas University in June 2020, without a degree in economics. He  wrote a book about his service to St. Pope John Paul II. After leaving his Swiss Guard post, he was employed as a banker for UBS, a Swiss bank, for 16 years. Then he became principal of the New England Classical Academy, which he founded with his wife in New Hampshire. Enzler also worked as an economics professor at the Catholic University of America.
Sources: https://www.khou.com/article/news/education/st-thomas-professor-business-dean/285-e83d49b7-7193-4089-b63f-4a998262a011
https://www.dailymail.co.uk/news/article-11122309/Tenured-Houston-business-school-dean-FIRED-claims-qualifications.html
https://houstondaily.com/stories/630493822-ust-on-former-business-school-dean-he-is-moving-on-to-the-next-chapter-of-his-life
Statement Source:
Marcelino Benito
@MarcelinoKHOU