NYPD Make Arrest in Vandalism at St. Patrick's Cathedral in New York and other Religious Sites 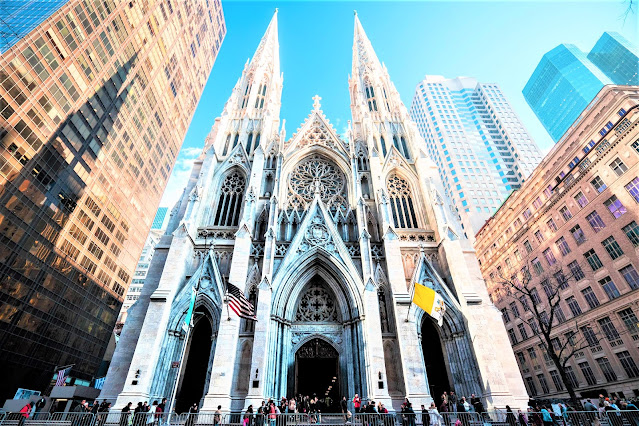 A man attacks 3 of New York's religious sites. The New York Police Department identified a suspect who targeted three religious locations in Midtown Manhattan, including clergy residences at St. Patrick’s Cathedral. This according to the NYPD on November 10th while identifying a suspect they’re seeking in the number of attacks.

See 5:00 Mark on Video Below:
Juan Velez, 28, allegedly threw a wrench at a glass outer door of the clergy residences near East 50th Street around 12:25 p.m. on October 28. No one was in the residences at the time and no break-in was attempted, but he badly damaged the door. Around 11 a.m. the next day, Velez allegedly ripped a flag outside the All Saints Episcopal Church, and damaging the wooden front doors of the site, police said.
Hours later, he allegedly threw an unknown object at a glass door at the Archdiocese of New York’s headquarters on First Avenue near East 55th Street, damaging the entrance. Velez allegedly picked up the object and ran off, officials said. The NYPD publicly identified Velez as a suspect and then arrested. (Sources: NYPD and Pix11.com)

🚨ARREST- Criminal Mischief🚨
Detectives from our Warrants Squad apprehended Juan Velez for a total of 15 Criminal Mischief incidents that occurred in Manhattan, 3 of which involved churches, 1 of them being St. Patrick's Cathedral. https://t.co/t0LWoV7gn1 pic.twitter.com/fCeeh14lpu