1,800 Year Old Church Burnt Down and Monastery Seized by ISIS in Iraq - PRAY 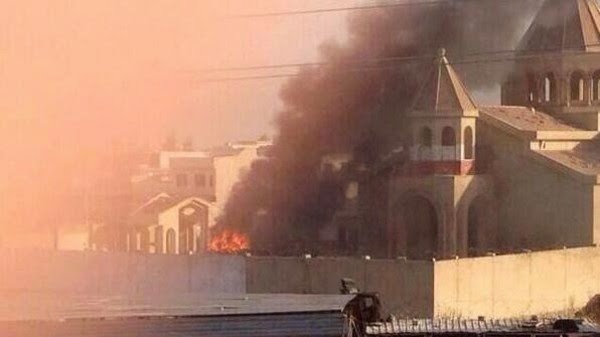 The Islamic State of Iraq and Syria (ISIS) set fire to a 1,800-year-old church in Iraq’s city of Mosul. There has been much destruction of Christian property in Mosul, which was taken by the Islamist in June. Patriarch Louis Sako said : “For the first time in the history of Iraq, Mosul is now empty of Christians,” he said. Before 2003, Iraq was home to an estimated 1 million Christians. 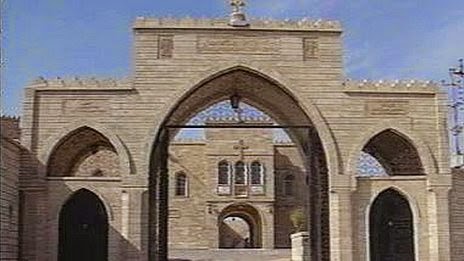 Mar Behnam a monastery near Mosul, Iraq has been seized by Islamist militants. This ancient monastery is now under ISIS control and the monks were expelled. The monks were only allowed to take the clothes they were wearing. The monastery, dates from the 4th Century, Christians have fled Mosul after the Islamic State in Iraq and the Levant (Isis) told them to convert to Islam, pay a tax or face death.  The Mar Behnam monastery was run by the Syriac Catholic Church in the south-east of Mosul. The monks walked for miles before being picked up by Kurdish fighters. "We offer them three choices: Islam; the dhimma contract - involving payment of jizya; if they refuse this they will have nothing but the sword," the Isis statement said.
Posted by Jesus Caritas Est at 3:53 PM