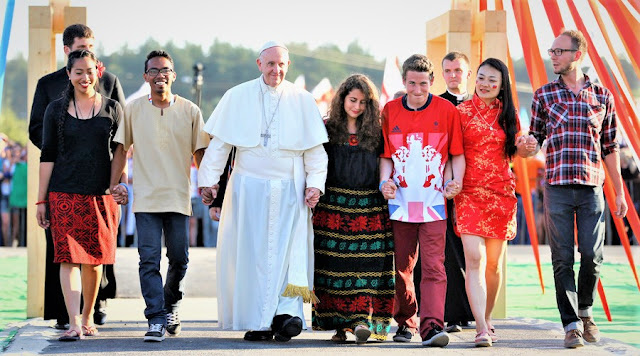 Pope Francis released his new encyclical "Fratelli tuti" on Sunday, October 4, 2020 from Assisi, Itay. The lengthy Full Text in English can be viewed here: http://www.vatican.va/content/francesco/en/encyclicals/documents/papa-francesco_20201003_enciclica-fratelli-tutti.html According to Vatican News, fraternity and social friendship are the ways the Pontiff indicates to build a better, more just and peaceful world, with the contribution of all: people and institutions. With an emphatic confirmation of a ‘no’ to war and to globalized indifference.
SEE ALSO: Pope Francis' celebrates Mass and Signs New Encyclical Video -
https://www.catholicnewsworld.com/2020/10/breakingnews-pope-francis-signs-new.html