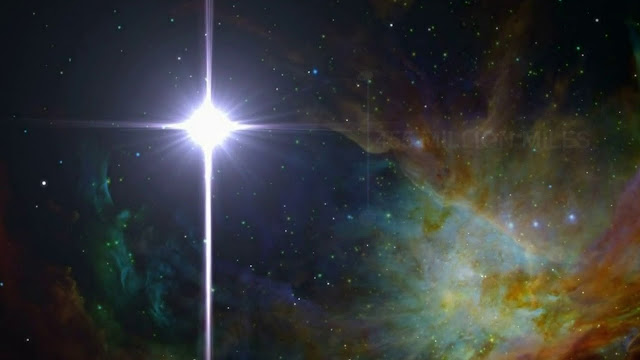 The widely publicized "Christmas Star" made its appearance on December 21, 2020. During this event the two largest planets in our solar system, Jupiter and Saturn, aligned on to create the "Christmas Star". The visual lining up of the planets marking the start of the winter solstice, will make them appear to form a double planet.
This magnificent celestial alignment hasn't been seen since the Middle Ages (1226AD). According to Astronomy.com it will not occur again until 2080. Johannes Kepler in the 17th century, a similar conjunction occurred in 7 BCE and could be the astronomical origin of the Star of Bethlehem that guided the wise men. (please note the above image is a screen shot not of the actual "Christmas Star")

Unknown said…
Colored three people followed it 2k years ago. They were led to Baby Jesus. These were the first who acknowledged Jesus', the Savior of the world. "Rejoyce!"
December 22, 2020 at 9:21 AM