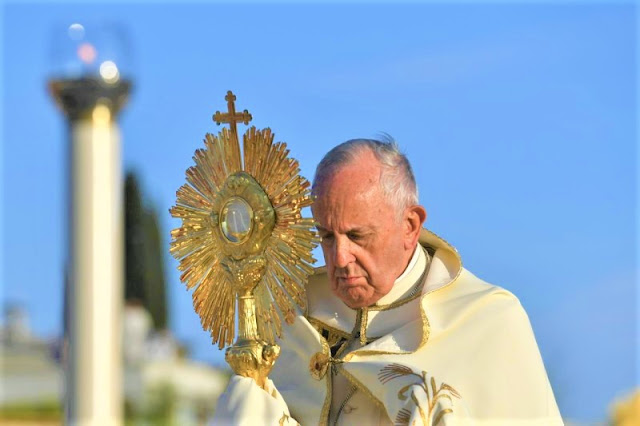 N -The initiative begun by Pope Francis in 2014, the Vatican invites congregations to devotion, prayer, confession and worship in their church for 24 hours. Despite ongoing restrictions due to the corona pandemic, the worldwide prayer campaign "24 hours for the Lord" is to take place this year.
As the portal "Vatican News" reported, the date is March 12-13. The Pontifical Council for the New Evangelization has now published an accompanying pamphlet. The current motto is therefore "He forgives all your sins". The prayer and penance action can "be adapted according to local customs and requirements," it says.
Online transmissions are also possible if necessary. In the initiative initiated by Pope Francis in 2014, congregations invite congregations to devotion, prayer, confession and worship in their church for 24 hours.
The resource is intended to offer some suggestions to parishes and Christian communities to prepare for the 24-hours for the Lord initiative. Obviously, these are suggestions that can be adapted according to local needs and customs.
LINK for Pastoral Resource from the Vatican Pontifical Council of N.E. -
http://www.pcpne.va/content/dam/pcpne/image/24ore/2021/Sussidio%20EN.pdf
According to the PCNE, on Friday evening March 12th and during the entire day of Saturday March 13th, it would be good to have the church open, offering the opportunity for Confessions, preferably in the context of guided Eucharistic Adoration. The event could begin on Friday evening with a Liturgy of the Word to prepare the faithful for Confession, and conclude with the celebration of Mass on Saturday afternoon.
Where, for health reasons, the celebrations of the Sacraments are not allowed, or can be held with a limited number of people, Eucharistic Adoration could be transmitted online, thus preparing the faithful for perfect contrition, as the Catechism of the Catholic Church says: “When it arises from a love by which God is loved above all else, contrition is called «perfect» (contrition of charity). Such contrition remits venial sins; it also obtains forgiveness of mortal sins if it includes the firm resolution to have recourse to sacramental confession as soon as possible” (CCC 1452).
Source: http://www.pcpne.va/content/pcpne/en/attivita/24ore/24-ore-per-il-signore-2021.html and VaticanNews