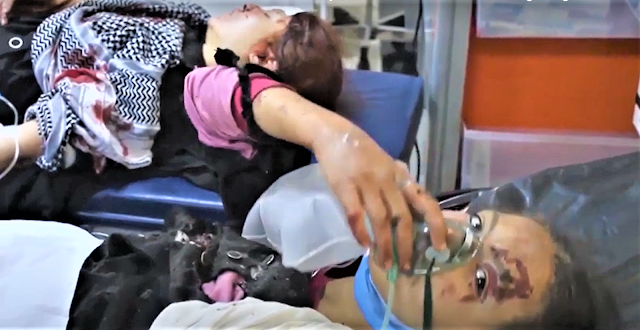 In Afghanistan the death toll has risen to 68 people killed after a school explosion with most victims being children.

CNBC reports that a car bomb was detonated in front of the Sayed Al-Shuhada school and two more bombs exploded when students rushed out in panic.

Officials said most of those killed were schoolgirls.

Some families were still searching hospitals for their children.

President Ashraf Ghani on Saturday blamed Taliban insurgents but a spokesman for the group denied involvement and condemned any attacks on Afghan civilians.

Doctors are struggling to care for 165 injured victims and families searching desperately for missing children.

The neighborhood was called Dasht-e-Barchi, home to a large community of Shi’ites from the Hazara ethnic minority which has been targeted in the past by Islamic State, a Sunni militant group.

Pope Francis called the attack as “inhuman act” in remarks to pilgrims in St. Peter’s Square in Vatican City on Sunday.

The Taliban, have waged war to overthrow the foreign-backed government since they were removed from power in Kabul in 2001.

The US military pullout has begun, with President Joe Biden announcing that all troops will be gone by Sept. 11.