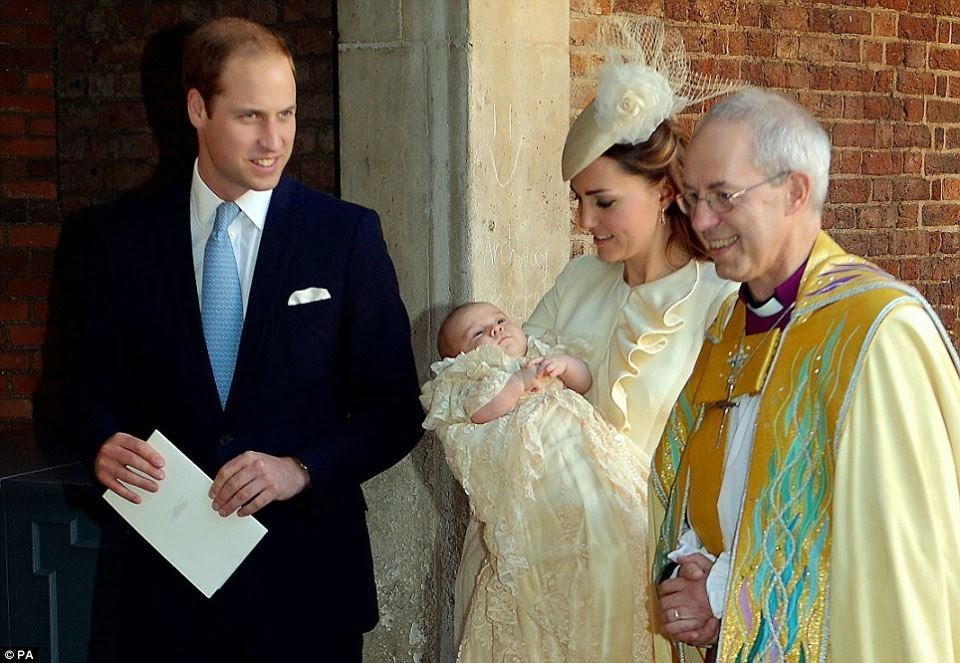 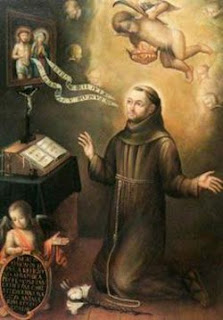 Born at Capistrano, in the Diocese of Sulmona, Italy, 1385; died 23 October, 1456. His father had come to Naples in the train of Louis of Anjou, hence is supposed to have been of French blood, though some say he was of German origin. His father dying early, John owed his education to his mother. She had him at first instructed at home and then sent him to study law at Perugia, where he achieved great success under the eminent legist, Pietro de Ubaldis. In 1412 he was appointed governor of Perugia by Ladislaus, King of Naples, who then held that city of the Holy See. As governor he set himself against civic corruption and bribery. War broke out in 1416 between Perugia and the Malatesta. John was sent as ambassador to propose peace to the Malatesta, who however cast him into prison. It was during this imprisonment that he began to think more seriously about his soul. He decided eventually to give up the world and become a Franciscan Friar, owing to a dream he had in which he saw St. Francis and was warned by the saint to enter the Franciscan Order. John had married a wealthy lady of Perugia immediately before the war broke out, but as the marriage was not consummated he obtained a dispensation to enter religion, which he did 4 October, 1416.
After he had taken his vows he came under the influence of St. Bernardine of Siena, who taught him theology: he had as his fellow-student St. James of the Marches. He accompanied St. Bernardine on his preaching tours in order to study his methods, and in 1420, whilst still in deacon's orders, was himself permitted to preach. But his apostolic life began in 1425, after he had received the priesthood. From this time until his death he laboured ceaselessly for the salvation of souls. He traversed the whole of Italy; and so great were the crowds who came to listen to him that he often had to preach in the public squares. At the time of his preaching all business stopped. At Brescia on one occasion he preached to a crowd of one hundred and twenty-six thousand people, who had come from all the neighbouring provinces. On another occasion during a mission, over two thousand sick people were brought to him that he might sign them with the sign of the Cross, so great was his fame as a healer of the sick. Like St. Bernardine of Siena he greatly propagated devotion to the Holy Name of Jesus, and, together with that saint, was accused of heresy because of this devotion. While he was thus carrying on his apostolic work, he was actively engaged in assisting St. Bernardine in the reform of the Franciscan Order. In 1429 John, together with other Observant friars, was cited to Rome on the charge of heresy, and he was chosen by his companions to defend their cause; the friars were acquitted by the commission of cardinals.
After this, Pope Martin V conceived the idea of uniting the Conventual Friars Minor and the Observants, and a general chapter of both bodies of Franciscans was convoked at Assisi in 1430. A union was effected, but it did not last long. The following year the Observants held a chapter at Bologna, at which John was the moving spirit. According to Gonzaga, John was about this time appointed commissary general of the Observants, but his name does not appear among the commissaries and vicars in Holzapfel's list (Manuale Hist. Ord. FF. Min., 624-5) before 1443. But it was owing to him that St. Bernardine was appointed vicar-general in 1438. Shortly after this, whilst visiting France he met St. Colette, the reformer of the Second Franciscan Order or Poor Clares, with whose efforts he entirely sympathized. He was frequently employed on embassies by the Holy See. In 1439 he was sent as legate to Milan and Burgundy, to oppose the claims of the antipope Felix V; in 1446 he was on a mission to the King of France; in 1451 he went at the request of the emperor as Apostolic nuncio to Austria. During the period of his nunciature John visited all parts of the empire, preaching and combatting the heresy of the Hussites; he also visited Poland at the request of Casimir IV. In 1454 he was summoned to the Diet at Frankfort, to assist that assembly in its deliberation concerning a crusade against the Turks for the relief of Hungary: and here, too, he was the leading spirit. When the crusade was actually in operation John accompanied the famous Hunyady throughout the campaign: he was present at the battle of Belgrade, and led the left wing of the Christian army against the Turks. He was beatified in 1694, and canonized in 1724. He wrote many books, chiefly against the heresies of his day.

SOURCE http://www.ewtn.com/saintsHoly/saints/J/stjohnofcapistrano.asp
Posted by Jesus Caritas Est at 8:19 AM No comments: