Pope Francis "Looking at oneself and recognizing oneself as a sinner avoids being in a position of considering oneself a victim..." Full Text Jesuit Vespers/Video 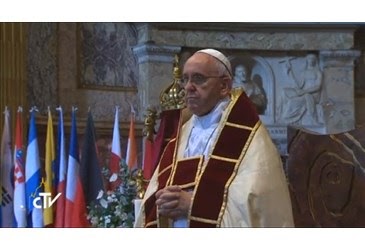 (Vatican Radio) Pope Francis celebrated a special liturgy of thanksgiving in the Church of the Gesù in Rome on Saturday, to mark the 200th anniversary of the restoration of the Society of Jesus. Please find, below, Vatican Radio's English translation of the prepared text of the Holy Father's homily for the occasion.

Novena for the Feast of the Archangels - St. Michael, St. Gabriel - SHARE this Prayer

St. Michael the Archangel, loyal champion of God and His people, I turn to you with confidence and seek your powerful intercession. For the love of God, Who made you so glorious in grace and power, and for the love of the Mother of Jesus, the Queen of the Angels, be pleased to hear my prayer. You know the value on my soul in the eyes of God. May no stain of evil ever disfigure its beauty. Help me to conquer the evil spirit who tempts me. I desire to imitate your loyalty to God and Holy Mother Church and your great love for God and people. And since you are God's messenger for the care of his people, I entrust to you this special request: (Mention your request).

St. Michael, since you are, by the Will of the Creator, the powerful intercessor of Christians, I have great confidence in your prayers. I earnestly trust that if it is God's holy Will, my petition will be granted.

Pray for me, St. Michael, and also for those I love. Protect us in all dangers of body and soul. Help us in our daily needs. Through your powerful intercession, may we live a holy life, die a happy death, and reach heaven where we may praise and love God with you forever. Amen.

St. Gabriel the Archangel, I venerate you as the "Angel of the Incarnation," because God has specially appointed you to bear the messages concerning the God-Man to Daniel, Zechariah, and the Blessed Virgin Mary. Give me a tender and devoted Mother, more like your own.

I venerate you also as the "strength from God," because you are the giver of God's strength, consoler and comforter chosen to strengthen God's faithful and to teach them important truths. I ask for the grace of a special power of the will to strive for holiness of life. Steady my resolutions, renew my courage, comfort and console me in the problems, trials, and sufferings of daily living, as you consoled our Savior in His agony and Mary in her sorrows and Joseph in his trials. I put my confidence in you.

St. Gabriel, I ask you especially for this favor: (Mention your request). Through your earnest love for the Son of God-Made-Man and for His blessed Mother, I beg of you, intercede for me that my request may be granted, if it be God's holy Will.

Pray for us, St. Gabriel the Archangel. That we may be made worthy of the promises of Christ.

Let us Pray. Almighty and ever-living God, since You chose the Archangel Gabriel from among all the Angels to announce the mystery of Your Son's Incarnation, mercifully grant that we who honor him on earth may feel the benefit of his patronage in heaven. You live and reign for ever. Amen.

Holy Archangel Raphael, standing so close to the throne of God and offering Him our prayers, I venerate you as God's special Friend and Messenger. I choose you as my Patron and wish to love and obey you as young Tobiah did. I consecrate to you my body and soul,all my work, and my whole life. I want you to be my Guide and Counselor in all the dangerous and difficult problems and decisions of my life.

Remember, dearest, St. Raphael, that the grace of God preserved you with the good Angels in heaven when the proud ones were cast into hell. I entreat you, therefore, to help me in my struggle against the world, the spirit of impurity, and the devil. Defend me from all dangers and every occasion of sin. Direct me always in the way of peace, safety, and salvation. Offer my prayers to God as you offered those of Tobiah, so that through your intercession I may obtain the graces necessary for the salvation of my soul. I ask you to pray that God grant me this favor if it be His holy Will: (Mention your request).

St. Raphael, help me to love and serve my God faithfully, to die in His grace, and finally to merit to join you in seeing and praising God forever in heaven. Amen.
Posted by Jesus Caritas Est at 3:15 PM No comments: 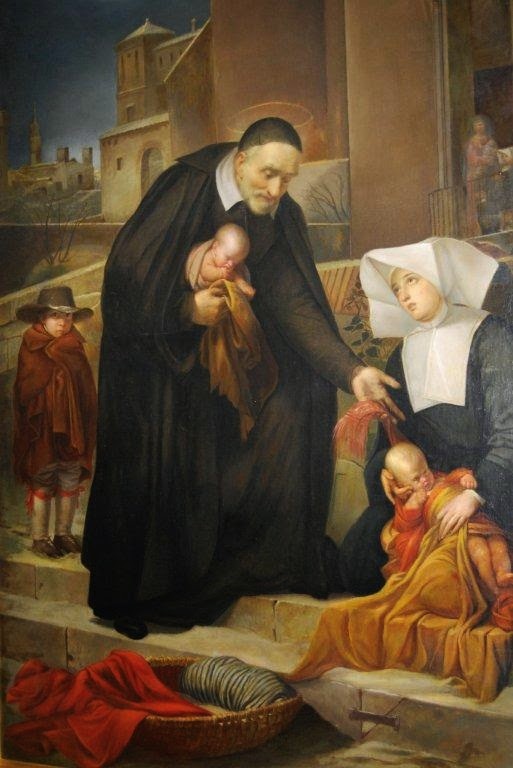 NOVENA TO ST VINCENT DE PAUL O Glorious Saint Vincent de Paul, the mention of your name suggests a litany of your virtues: humility, zeal, mercy, self-sacrifice. It also recalls your many foundations: Works of Mercy, Congregations, Societies. The Church gratefully remembers your promotion of the priesthood. Inspire all Charitable Workers, especially those who minister, to both the spiritually and the materially poor. O Lord, give us the grace that You bestowed upon, your servant St. Vincent de Paul, to relinquish the temptation of material things, in our holy effort to minister to the poor. Amen.
Our Father... Hail Mary... Glory Be... (Repeat this prayer for 9 days.)

V. The just shall spring up like the lily,
R. And flourish forever before the Lord. Alleluia.

V. The Lord hath led the just man through right ways,
R. And showed unto him the Kingdom of God.

Let Us Pray: O God, Who by an effect of Thine infinite goodness, hast renewed in our days, in the apostolic character and humility of Thy blessed servant Vincent, the spirit of Thy well-beloved Son---to preach the Gospel to the poor, relieve the afflicted, console the miserable, and add new luster to the ecclesiastical order---grant, we beseech Thee, through his powerful intercession, that we also, delivered from the great misery of sin, may labor to please Thee by the practice of the same humility, through Jesus Christ Our Lord, Who liveth with Thee and the Holy Ghost, ever one God, world without end.
R. Amen.

O God, Who for the preaching of the Gospel to the poor, and for promoting the honor of the priesthood, didst endue blessed Vincent with the zeal of an apostle, grant, we humbly pray Thee, that we who venerate his holy life may profit by the examples of virtue he has left us. R. Amen.
Posted by Jesus Caritas Est at 12:12 PM 4 comments: 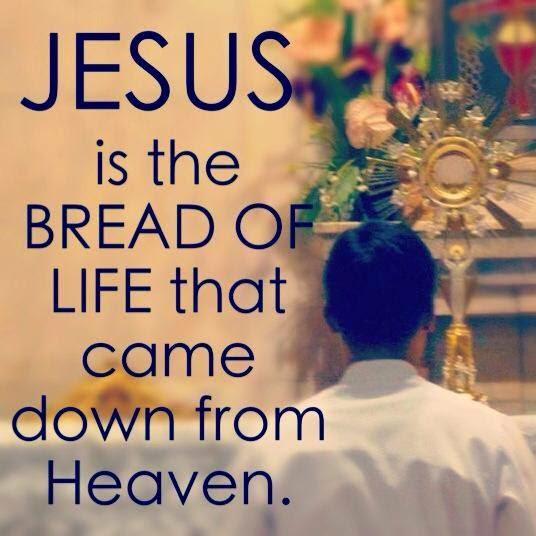 Rejoice, O young man, while you are young
and let your heart be glad in the days of your youth.
Follow the ways of your heart,
the vision of your eyes;
Yet understand that as regards all this
God will bring you to judgment.
Ward off grief from your heart
and put away trouble from your presence,
though the dawn of youth is fleeting.

Remember your Creator in the days of your youth,
before the evil days come
And the years approach of which you will say,
I have no pleasure in them;
Before the sun is darkened,
and the light, and the moon, and the stars,
while the clouds return after the rain;
When the guardians of the house tremble,
and the strong men are bent,
And the grinders are idle because they are few,
and they who look through the windows grow blind;
When the doors to the street are shut,
and the sound of the mill is low;
When one waits for the chirp of a bird,
but all the daughters of song are suppressed;
And one fears heights,
and perils in the street;
When the almond tree blooms,
and the locust grows sluggish
and the caper berry is without effect,
Because man goes to his lasting home,
and mourners go about the streets;
Before the silver cord is snapped
and the golden bowl is broken,
And the pitcher is shattered at the spring,
and the broken pulley falls into the well,
And the dust returns to the earth as it once was,
and the life breath returns to God who gave it.

Vanity of vanities, says Qoheleth,
all things are vanity!

While they were all amazed at his every deed,
Jesus said to his disciples,
“Pay attention to what I am telling you.
The Son of Man is to be handed over to men.”
But they did not understand this saying;
its meaning was hidden from them
so that they should not understand it,
and they were afraid to ask him about this saying.
Posted by Jesus Caritas Est at 7:16 AM No comments: