IN HONOR OF THE YEAR OF FAITH - JCE NEWS WILL BE SHOWING SOME OF THE TOP CATHOLIC MOVIES OF ALL TIME. TUNE IN FOR THE NEXT PART OF ST. RITA- TOMORROW 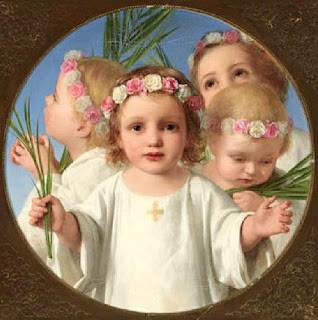 VATICAN RADIO REPORT
At a time when the Middle East is so unstable and prone to violence, “it is increasingly urgent that the disciples of Christ offer an authentic witness of their unity, so that the world may believe the Gospel message of love, peace and reconciliation.” These are the words of Pope Benedict XVI, in a message of fraternal greetings in Christ’s love, to the new Greek-Orthodox Patriarch of Antioch and All the East, John X Yazigi. The new Patriarch was elected on December 17 by the Holy Synod, meeting at the monastery of Our Lady of Balamand, north of Beirut. He succeeds Patriarch Ignatius IV Hazim, who died December 5 at the age of 92 years.

“We have a responsibility,” says the Pope, “to continue together along our path to show in a more visible way the spiritual reality of communion which, although still incomplete, already unites us.”

Benedict XVI expresses his hope that the relationship between Greek-Orthodox Patriarchate and the Catholic Church might continue to develop through forms of fruitful cooperation and ongoing efforts to resolve the issues that still divide the two communities. He especially recommended active and constructive participation in the work of the Commission Joint International theological Dialogue between the Catholic Church and the Orthodox Church as a whole.

The Pope, finally, assures the new Patriarch of his prayers, and asks Christ to bring healing to those who are victims of violence in the Middle East and to inspire acts of peace.
SHARED FROM RADIO VATICANA
IMAGE SOURCE FACEBOOK

Posted by Jesus Caritas Est at 2:15 PM No comments:

Innocents, A Meditation on the Sins Committed Against ChildrenBy: Msgr. Charles Pope 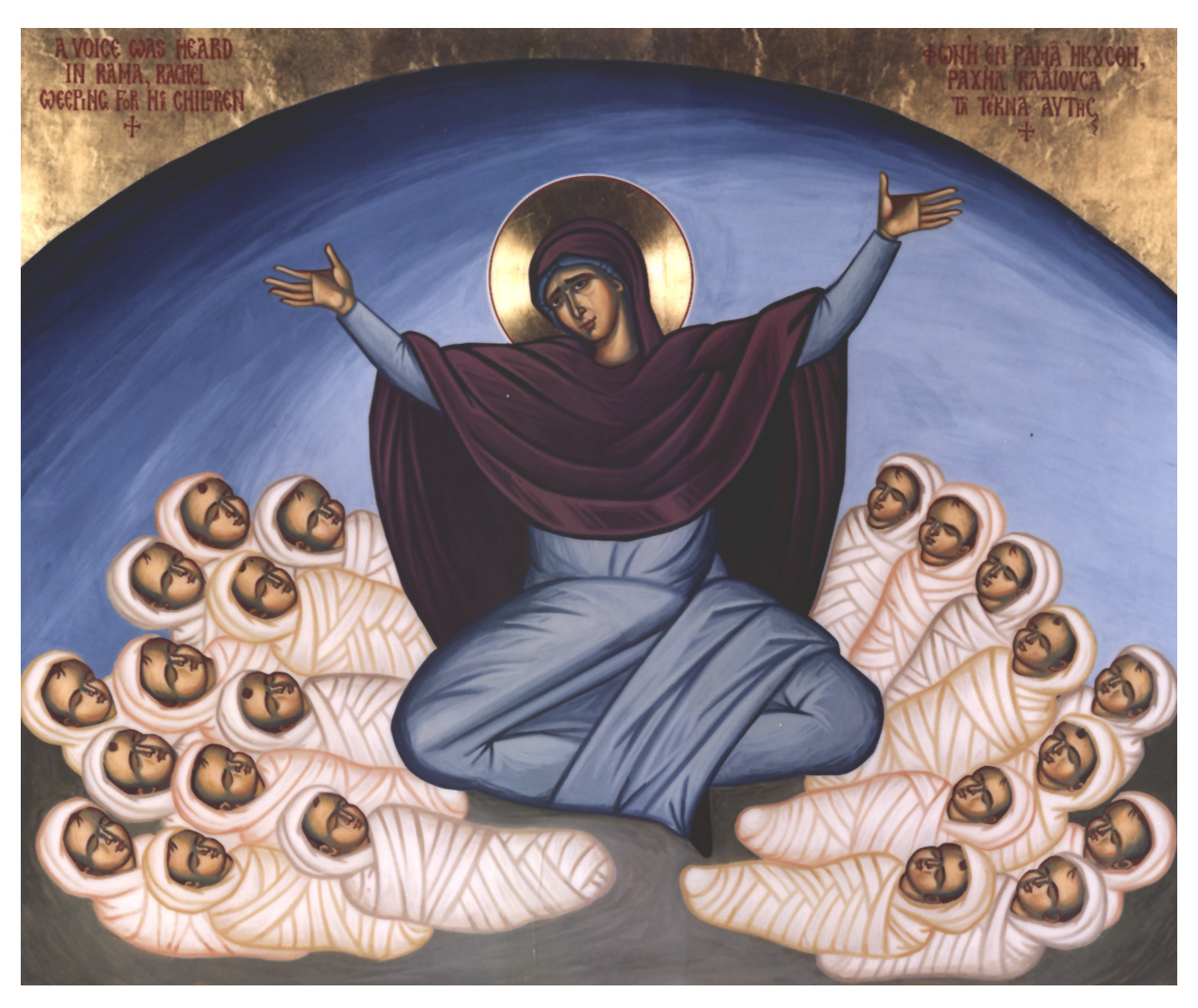 ARCHDIOCESE OF WASHINGTON DC RELEASE:
BY MSGR. CHARLES  POPE
Exactly two weeks ago many young children lost their lives in a cruel and horrifying shooting in Connecticut. I do not need to remind any of you of the detail. They are seared in our memory.

Posted by Jesus Caritas Est at 2:11 PM No comments:

EUROPE : PRAYER FOR THE FEAST OF THE HOLY FAMILY

The Bishops Conference of Ireland has released this prayer for the Feast of the Holy Family on Dec. 30, 2012
Posted by Jesus Caritas Est at 1:52 PM No comments:

POLICE in Los Angeles, California, USA are offering money in exchange for weapons. In return for weapons the police are providing grocery gift cards some valued at $100 or more. The police have taken in 1500 guns so far during this drive. Long lines of cars waited to surrender their guns to the police. The officials kept in mind the shooting in Connecticut which killed 20 and 6 adults. The Mayor, Antonio Villaraigosa, said, "All of us are still mourning the tradegy at Newtown, Connecticut." The guns can be handed in with no questions asked. The program regularly takes place in May but was held on Dec. 26 in remebrance of the victims of Sandy Hook.
Posted by Jesus Caritas Est at 1:51 PM No comments:

ASIA NEWS IT REPORT
Hamdeen Sabahi, Amr Moussa and Mohammed ElBaradei, founders of the National Salvation Front, are accused of incitement against the state and betraying the ideals of the Revolution because they led mass protests against the Islamist constitution. Controversial Morsi-appointed Public Prosecutor Talaat Ibrahim Abdallah orders the inquiry.

The legal action against the three main pro-democracy leaders comes amid criticism against the constitutional referendum, deemed invalid because of a low turnout (one third of the electorate) and numerous cases of electoral fraud by Islamists.

Unconcerned by the prevailing atmosphere of tensions, President Morsi signed the constitution on 26 December. Shortly, he will also announce the official date for new parliamentary elections.

The decision by the pro-Islamist prosecutor is further exacerbating tensions between Egyptians in favour of a secular state and defenders of a Sharia-based government, bringing the country that much closer to a civil war.

In an article published today al-Ahram online, some diplomats close to the opposition said that they had come under pressures from their superiors who want to silence all criticism against Morsi.

According to one diplomat, Egypt is now turning into a dictatorship. "I was summoned into the office of the assistant (foreign) minister," he said. The latter "asked me to be 'careful' and not to confuse my role as a diplomat with that of an activist." Another official "was told that his overt opposition to the president would undermine his chances to go a good post". (S.C)

SHARED FROM ASIA NEWS IT
Posted by Jesus Caritas Est at 1:30 PM No comments: Sectarian violence has claimed thousands of lives in Pakistan since 2001
The Christian community in Peshawar has expressed grief over the killing of a provincial minister in a Taliban suicide attack yesterday and has warned churches to curb planned Christmas activities.
Senior Minister Bashir Ahmad Bilour, 69, of Khyber Pakhtunkhwa province was killed on Saturday along with eight others by a suicide bomber. Eighteen others were injured in the attack.
Tehrik-e-Taliban Pakistan spokesman Ehsanullah Ehsan claimed responsibility for the attack and warned that others who opposed the Taliban would be targeted.
Bilour was one of the most outspoken critics of the Taliban in Pakistan and the highest-profile assassination victim in recent months. Christian and other minority communities in northwest Pakistan have long considered him an important political ally.
The provincial government announced three days of mourning and a Christmas event at the Peshawar governor’s house has been cancelled.
Church of Pakistan Bishop Humphrey Peters of Peshawar requested that all churches turn off their outdoor lights and cancel all public parties on Christmas Eve.
“[Bilour] was so close to the Church and often asked us to pray for him and the country amid the war on terror,” Bishop Peters said.
“We have lost a broad-minded politician who had good relations with the minority communities in this Taliban-infested region.”
Pastor Ejaz Gill of the All Saints Church, located near the historic Qissa Khawani bazaar where Bilour was killed, said the minister made key contributions to improving the educational and health sectors in the province.
“He funded several developmental projects in mission schools and a hospital. We are deeply depressed.”
The killing comes just months ahead of planned national elections.
About 36,000 people have been killed by violence in Khyber Pakhtunkhwa province and the Federally Administered Tribal Areas (FATA) since 2001, according to local media reports.
More than 1,000 schools have also been destroyed, along with an estimated 90 percent of the area’s railway infrastructure.
SHARED FROM UCAN NEWS
Posted by Jesus Caritas Est at 1:29 PM No comments:

Posted by Jesus Caritas Est at 1:25 PM No comments: