VATICAN : POPE : BUILDING A FUTURE OF JUSTICE AND PEACE AND OTHER NEWS 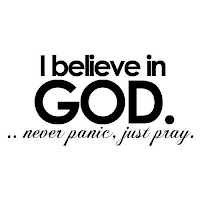 Posted by Jesus Caritas Est at 5:58 PM No comments:

In honor of the YEAR OF FAITH - JCE news will be showing some of the TOP Catholic movies of all time. Tune in for PART II of St. Bernadette of Lourdes- tomorrow.

AMERICA : COLOMBIA : BISHOP APPEALS FOR PEACE AND END TO VIOLENCE

Agenzia Fides REPORT - "We are asking help to national and international opinion so that they pay attention towards Buenaventura, in order to get out of violence": this is the appeal by His Exc. Mgr. Héctor Epalza Quintero, Bishop of Buenaventura, for the serious situation of violence that this region lives. "The Life, Justice, Solidarity and Peace Commission of the Diocese of Buenaventura, will publish this complaint that I, as a Pastor, fully support because we believe that the reality of Buenaventura, the critical moment it is going through, affects not only the authorities of Buenaventura, but also the Region and the Nation," said Mgr. Epalza Quintero in the statement sent to Fides Agency. The Bishop calls for an urgent action from the national government and the various supervisory bodies, so that "in exercising their constitutional and legal duties, they provide the guarantees of rights to communities and the territory."
The request is also forwarded to the human rights organizations, national and international, to make known the reality and show "th=e situation of barbaric violence that the city's inhabitants constantly suffer, particularly the suburban areas and rural communities." The press release of the diocese refers to clashes between paramilitary groups calling themselves "La Empresa" and "los Urabeños" who are fighting for the control of the territory and dominion of the areas of ports, which are coveted trafficking routes and mineral resources.
Mgr. Epalza Quintero warns that this situation of violence can be seen every day through the murders, disappearances and forced displacements. According to official data, since 6 October there have been 40 murders (committed with barbarity and cruelty), 35 shootings and 75 disappearances reported by the local Police station. (CE) (Agenzia Fides 09/11/2012)
Posted by Jesus Caritas Est at 5:35 PM No comments:

DARFUR, November 09, 2012 (CISA) -Peacekeepers from the African Union-United Nations Mission in Darfur (UNAMID) on November 8 arrived to a sight of burnt houses and dead animals in the village of Sigili, Sudan.  The peacekeepers first convoy had been blocked by Sudanese armed forces from accessing the area.
Posted by Jesus Caritas Est at 5:20 PM No comments:

Posted by Jesus Caritas Est at 5:09 PM No comments:

ASIA NEWS REPORT
by Melani Manel Perera
The Bishops' Conference has picked next Sunday to challenge the government's proposal to legalise abortion. On that day, the faithful will be asked to pray and raise awareness. Fund raising will take place at the parish level to help pregnant women who are single or poor.

Colombo (AsiaNews) - The Catholic Bishops' Conference of Sri Lanka (CSCSL) is dedicating next Sunday, 11 November, to unborn children to protest a government's plan to legalise abortion. As part of their action, the bishops will urge the faithful in each diocese, especially teenagers, young people, families and doctors, to pray and organise meetings to raise awareness about the issue. The CBCSL has also decided to raise funds in each parish to devolve to single mothers and to mothers who might be considering having an abortion. "If such a proposal does go before parliament, we shall peacefully protest against it, wearing a black band."

In his draft bill, Child Development and Women's Affairs Minister Tissa Karaliyadda is "limiting" abortion to minors victim of rape, pregnancies resulting from incest or in cases in which the foetus is physically deformed.

"For the Church, aborting the foetus, even if it is the result of rape or incest, or if it is deformed, is a terrible murder of an innocent human being, who is voiceless and defenceless. For this reason, we condemn in no uncertain terms such a process of legalisation, even when it involves exceptional cases that might attract the empathy and solidarity of people."

"Each abortion is a refusal of life, a criminal interference that violates God's plans for every human being," the prelate said. "The Church has always condemned abortion. Whatever the justification behind such an act, it must be considered a grave sin, indefensible by every institution and every individual."

SHARED FROM ASIA NEWS IT
Posted by Jesus Caritas Est at 11:11 AM No comments:

All At Sea for the Blessing of Sydney's Fishing Fleet 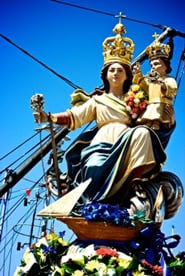 The Madonna helps ensure the coming year of fishing is safe and bountiful
One of the fishing boats in a flotilla of craft will carry the superb life-size wooden sculpture of Santa Maria di Porto Salvo. The statue will be accompanied by Father Christopher Slattery, Parish Priest of St Martha's Catholic Church, Strathfield while standing on the wharf at the Sydney Fish Market will be Bishop Peter Comensoli who will preside over the Blessing of the Fishing Fleet at Blackwattle Bay on Sunday, 11 November.
The blessing of the Sydney Fish Market fishing fleet and of fishermen and their craft from across NSW, is an eagerly anticipated event, with thousands expected attend the ceremony this year. For the fishermen and their families, Sunday's blessing, however, will have an even deeper significance as it will be the first time the specially-commissioned statue of Santa Maria Di Porto Salvo, guardian of seafarers and fishermen will be part of the ceremony.
The newly-arrived beautifully-painted statue of Santa Maria di Porto Salvo is an exact replica of the statue of the Madonna venerated in Bagnara Calabra, the fishing town in Southern Italy's Calabrian region.

The birthplace of many of the Sydney fleet's fishermen and their families, Bagnara Calabra has long venerated Santa Maria di Porto Salvo as the protector and guardian of seafarers and is very much part of Calabria's history, culture and tradition. Fire Brigade Vessels will take part in the blessing of the fleet on Sunday
Literally translated her name means St Mary of Safe Ports or Safe Harbour.
"Her Elevation to Protector of all Seafarers and specifically to all Fishermen goes back to ancient times," says Calabrian-born, veteran Sydney fisherman, Salvatore "Sam" Bagnato. "In Bagnara Calabra where I grew up, the Church dedicated to Santa Maria di Porto Salvo was built in the area where most fishermen and their families lived," he says and recounts ancient story of how a painting representing the Madonna was being transported by ship when near the coast of Bagnara, a massive storm struck. It seemed unlikely the craft or anyone on board would survive.
As the boat was tossed by monstrous waves, the priest escorting the painting asked everyone on board to join him in prayers to the Madonna to ask for her help in saving the ship and their lives. 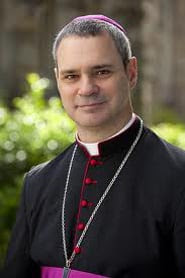 Bishop Peter Comensoli
"That's when a miracle happened. The storm abated, and all aboard were saved along with the ship," Sam says and recounts how the painting became the Icon of the Madonna in the church and the presentation of that miracle.
"This is when the devotion to Our Lady of Porto Salvo began," he says.
The President of the local Association of Bagnara Calabra, Sam was not only instrumental in organising the sculpting of the statue replica but he was the one who oversaw the statue's installation at its permanent home at St Martha's Catholic Church, Strathfield earlier this year.
He was also responsible for organising the consecration of the statue by Bishop Terry Brady, Auxiliary Bishop for the Archdiocese of Sydney in a moving and very Italian ceremony at St Martha's Church a few weeks later on 16 July this year. 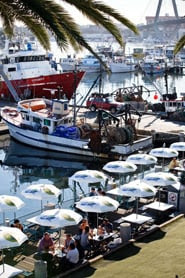 Fishing Fleet at Sydney Fish Market
Now four months later, on Sunday morning 11 November, Fr Christopher Fletcher will travel with the statue from St Martha's Church the Sydney Fish Market. At 9 am the Madonna will take her place at the front of one of the vessels and with the parish priest, sail with the rest of the flotilla of fishing boats around Blackwattle Bay. Accompanying the fleet will be a NSW Fire Brigade vessel which will spray streams of high pressure jets of water into the air to symbolise the blessing.
At 10.am the fleet will return to the Fish Market dock where the Madonna will be carefully carried and placed under a marquee and with Bishop Comensoli presiding, the traditional blessing of the fleet will begin.
The Fish Market will then be turned over for a full day of fun with an Italian flavour.
"The blessing of the fleet each year is an important part of Italian-Australian history and culture and it is important we to support and recognise our local fishermen. Being a fisherman is hard work. It isn't a job, it's a lifestyle," says Bryan Skepper, Manager of the Sydney Fish Market.
SHARED FROM ARCHDIOCESE OF SYDNEY
Posted by Jesus Caritas Est at 11:07 AM No comments: 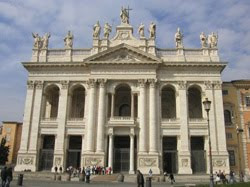 SOURCE http://www.ewtn.com/saintsHoly/saints/D/dedicationofstjohnlateranbasilicainrome.asp
Posted by Jesus Caritas Est at 8:19 AM No comments: