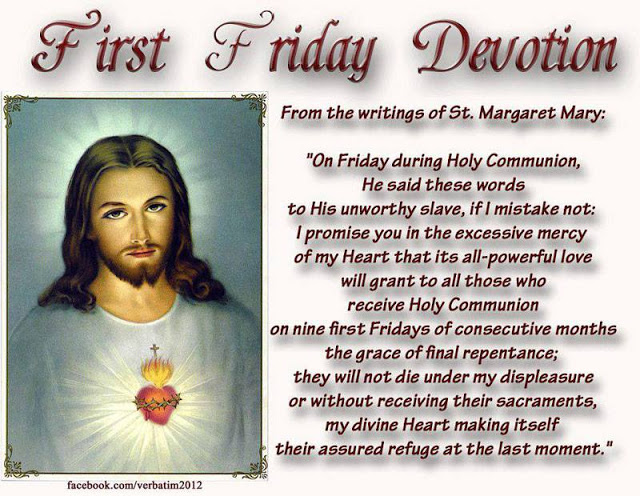 Thomas, called Didymus, one of the Twelve,
was not with them when Jesus came.
So the other disciples said to him, "We have seen the Lord."
But Thomas said to them,
"Unless I see the mark of the nails in his hands
and put my finger into the nailmarks
and put my hand into his side, I will not believe."
Now a week later his disciples were again inside
and Thomas was with them.
Jesus came, although the doors were locked,
and stood in their midst and said, "Peace be with you."
Then he said to Thomas, "Put your finger here and see my hands,
and bring your hand and put it into my side,
and do not be unbelieving, but believe."
Thomas answered and said to him, "My Lord and my God!"
Jesus said to him, "Have you come to believe because you have seen me?
Blessed are those who have not seen and have believed."

Prayer to make Spiritual Communion:
People who cannot communicate now make spiritual communion.At your feet, O my Jesus I bow down and offer you the repentance of my contrite heart, which abysses itself into its nothingness and Your holy presence. I adore you in the Sacrament of Your love, the ineffable Eucharist. I wish to receive you in the poor home that my heart offers you. In anticipation of the happiness of sacramental communion, I want to possess you in spirit. Come to me, oh my Jesus, that I may come to you. May Your love inflame my whole being, for life and death. I believe in you, I hope in you, I love you. So be it. Amen
Posted by Jesus Caritas Est at 11:26 PM No comments: 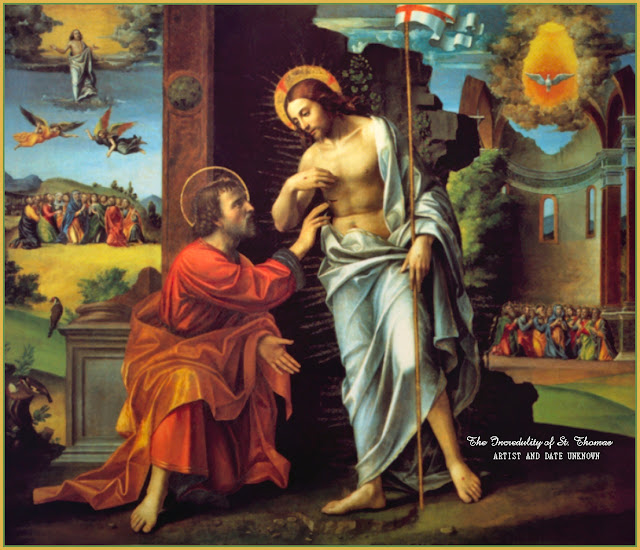 Pope Francis' July Prayer Intention is for Families, that they be “accompanied with love, respect and guidance." FULL TEXT 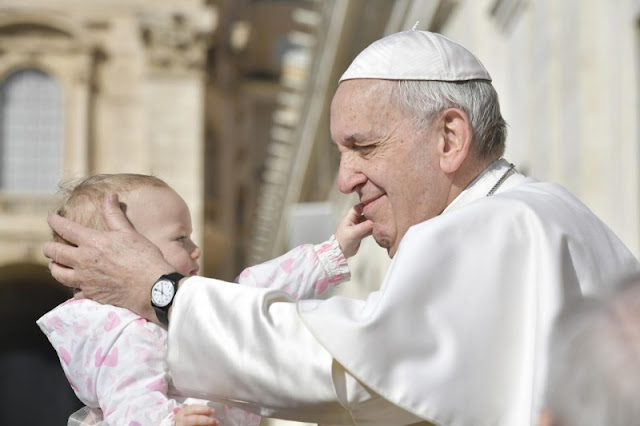 Pope Francis' video message for his July prayer intention, which is for families that they be “accompanied with love, respect and guidance."

The prayer intention for the month of July 2020, Pope Francis asks everyone to pray that today’s families.

The full text of Pope Francis' intention is below:

The family ought to be protected.

It faces many dangers: the fast pace of life, stress…

Sometimes, parents forget to play with their children.

The Church needs to encourage families and stay at their side, helping them to discover ways that allow them to overcome all of these difficulties.

Let us pray that today’s families may be accompanied with love, respect and guidance, and especially, that they may be protected by the State.
Posted by Jesus Caritas Est at 11:09 PM No comments: 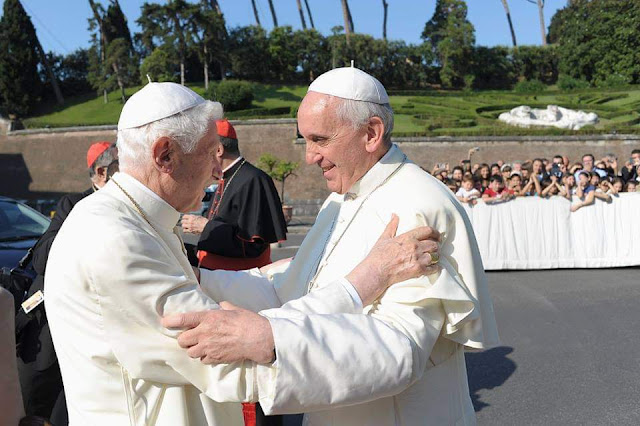 You had the sensitivity to be the first to inform me of the news of the death of your beloved brother, Msgr Georg. I wish to renew my deepest sympathy and spiritual closeness to you in this moment of sorrow.
I assure you of my prayers of suffrage for your dear departed one, so that the Lord of life, in his merciful goodness, may welcome him into heaven and grant him the reward that awaits the faithful servants of the Gospel.
I also pray for you, Your Holiness, invoking the Father through the intercession of the Blessed Virgin Mary, for the support of Christian hope and tender divine consolation.
Always united in faith in the Risen Christ, source of hope and peace.
With filial and fraternal devotion