POPE FRANCIS "Today, let us pray for all the Church’s ministers..."

(Vatican Radio) Greeting thousands of people gathered for his General Audience on Wednesday, Pope Francis spoke about the sacrament of Holy Orders, praying that the Lord may provide holy, generous and merciful pastors for his Church. Speaking to pilgrims and visitors huddled under umbrellas in a grey, wet St Peter’s Square, the Pope continued his reflections on the different sacraments, turning his attention this week to Holy Orders. Building on the sacraments of Christian initiation – Baptism, Confirmation and Eucharist – Pope Francis said Matrimony and Holy Orders correspond to two specific vocations or ways of building up Christ’s Church. Speaking of the three grades of bishop, priest and deacon, the Pope said those who are consecrated for this pastoral service continue the actions of the true Pastor and Teacher who is Christ himself. Reflecting on the necessary characteristics of those ordained to this ministry, the Pope said those called to lead a community must always be at the service of their people. A second distinguishing feature, he said, is that they must always be filled with a passion for the Church and love for their community, their family, without succumbing to the temptation of considering it as a personal possession. Pope Francis reminded all those in ordained ministry that they must always nurture themselves through prayer, daily celebration of the Eucharist and regular Confession. . Without this, he said, ministers end up by losing sight of the true meaning of their service and of the joy which comes from profound communion with the Lord. Finally the Pope urged his listeners to pray for all ministers of the Church, especially those who are in difficulty or seeking to rediscover the value and freshness of their priestly vocation.Please find below the full text of the Pope’s words in English read by an assistant at the audience:Dear Brothers and Sisters: in our catechesis on the sacraments, we now turn to the sacrament of Holy Orders. Building on the vocation received in the sacraments of Christian initiation – Baptism, Confirmation and the Eucharist – the sacraments of Holy Orders and Matrimony correspond to two specific vocations and are two ways of following Christ and building up his Church. Holy Orders, in its three grades of bishop, priest and deacon, is the sacrament of pastoral ministry. Jesus entrusted his Apostles with the care of his flock and in every age the ordained make present in the Christian community the one Shepherd who is Christ. Following the Lord’s own example, they lead the community as its servants. Theirs must be lives of passionate love for the Church for whose purification and holiness the Lord gave himself completely, and they must constantly renew the grace and joy of their ordination through prayer, penance, and daily celebration of the Eucharist. Today, let us pray for all the Church’s ministers, especially those most in need of our prayers, and ask the Lord always to grant his Church holy, generous and merciful pastors after his own heart.I greet all the English-speaking pilgrims present at today’s Audience, including those from the United Kingdom, England, Australia, Denmark, Malta, China, Japan and the United States. Upon you and your families I invoke joy and peace in Christ our Lord.
Text from Vatican Radio website
Posted by Jesus Caritas Est at 3:36 PM No comments: 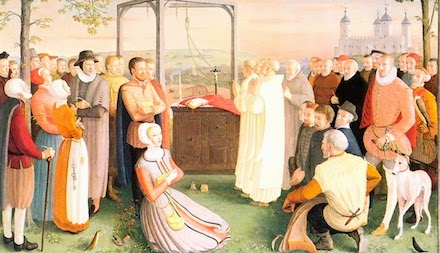