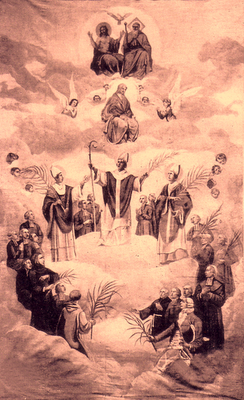 
Today, September 2 (and tomorrow, September 3), we celebrate the feast days of the September Martyrs of the French Revolution, among them John Francis Burté, Appolinaris of Posat, Severin Girault, John Baptist Triquerie, Blessed Alexander Lenfant, Blessed John du Lau (Bishop of Arles), and hundreds of others. By the conclusion of the French Revolution, over 1500 priests and religious were martyred for their refusal to renounce the faith. Today, we remember their courage, steadfastness, and commitment to the true Word of God.


Empower us with your Spirit
that we may grow in wisdom and integrity of character
and develop a true sense of values
through following Christ our Lord. Amen.
Shared from 365Rosaries.blogspot
Posted by Jesus Caritas Est at 9:09 PM No comments: